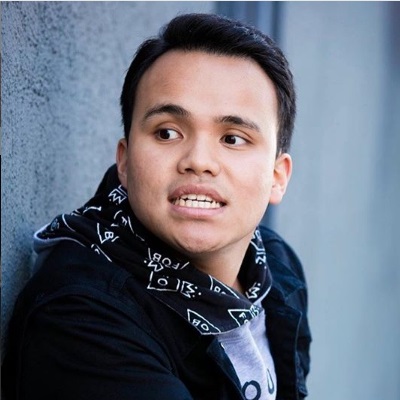 Kodi Lee is currently a single man. Nothing is known if he has had romantic relationships or girlfriends. Right now he is much more focused on his career rather than being in a relationship.

Who is Kodi Lee?

Kodi Lee is an American singer, songwriter, and pianist. He has autism and is legally blind competed in season 14 of America’s Got Talent and won the competition.

He was born on July 7, 1996, in Lake Elsinore, California, USA. He was born as Kodi Taehyun Lee. Kodi was born to father Eric Lee and mother Tina Lee. He has two younger siblings, sister Kayla Lee, and brother Derek Lee.

He was born with optic nerve hypoplasia and underwent life-saving surgery at 5 days old. At the age of 4, he was diagnosed with autism and is now legally blind.

He joined Elsinore High School and graduated his a higher level of education from the same.

Kodi Lee started performing since the age of 3 and competed in season 14 of America’s Got Talent where he performed A Song For You. For his incredible performance, he received a standing ovation from the judges.

Union pressed the golden buzzer for him sending him straight through to the live shows and he won the competition in September 2019 after receiving the most votes.

Since competing in the AGT, Kodi and his family have helped to bring autism awareness to the forefront. According to his mother, he has talents but has trouble communicating and music has helped to get his autism under control. She also had added that before performing, Lee used to tantrum about 30 times a day.

He is one of only approximately 25 in the world today who possesses his extraordinary abilities according to kodileerocks.com. It also reveals his musical expression, perfect pitch, passion for all forms of music, and his audio photographic memory.

While competing in the AGT, Lee performed You Are the Reason by Calum Scott and Lost Without You by Freya Ridings. During the finals, Lee performed with Leona Lewis.

Furthermore, he continues to perform and express music with a passion despite his condition. He is also best friends with America’s Got Talent Season 13 contestant Mikayla Phillips. The two often perform together at local gigs and support each other.

His net worth is estimated to be around $250k while his annual salary is yet to be estimated.

Kodi Lee has a height of 5 ft. 5 inches and weighs 65 kg. Kodi has dark brown eyes and black hair.