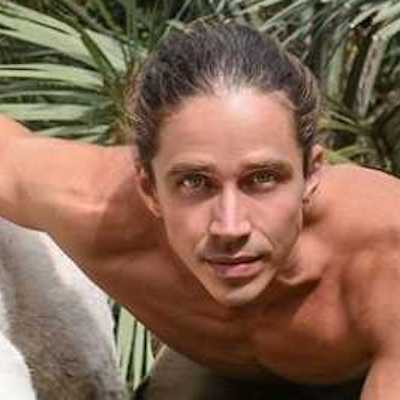 Kody Antle’s relationship status is possibly single. He has not disclosed the details of his girlfriend or affair to the public.

Who is Kody Antle?

Kody Antle is an American wildlife conservationist, animal trainer, and social media star. He is popular for his appearance in a Netflix series Tiger King.

His social media accounts have millions of followers where he poses with exotic animals.

His birthdate is 11 Jan 1990 and he was born in the United States. The name of his mother is unknown but his father’s name is Bhagavan Antle.

His dad founded and The Institute for Greatly Endangered and Rare Species (T.I.G.E.R.S.).

Kody’s ancestry is Caucasian and his academic details are hidden.

Kody Antle is a popular animal trainer who works at the Myrtle Beach Safari. He is also featured in a series titled Tiger King.

His official TikTok account is followed by more than 27M people with 336M likes. His content about tigers, chimps, and elephants is fascinating.

According to the reports of 2021, he has accumulated a net worth of around $500k US. The salary from his career is not yet calculated.

This animal lover is keeping himself away from rumors and desperate scandals.

Regarding Kody Antle’s height, he is 5 ft 10 and his body weight is average. Moreover, he has light brown eyes and his hair is also in dark brown color.