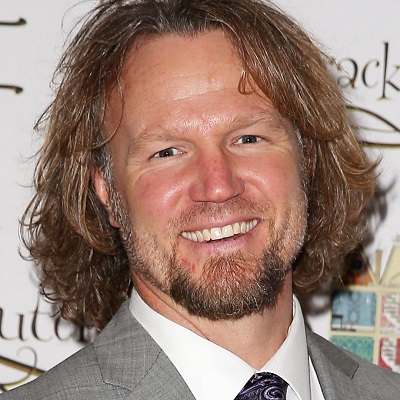 “I don’t like divorce — nobody likes that — but my wives are free to leave, if they make that choice. Each of my wives is a strong and independent woman and essentially could have a good relationship with the man of their choice.

Kody Brown is married to Robyn Brown. At first, they married on the 22nd of May 2010 spiritually. However, on the 11th of December 2014, they were married legally. Together, they have two children, Solomon Kody and Arielle Mae. Also, he had adopted three children of Robyn from her previous husband, David Preston.

Prior to that, he was married to Meri Caroline Brown. They were married on the 21st of April 1990. Together, they have a daughter Mariah Lian. They divorced in 2014 in order to adopt the three children of Robyn from her previous marriage.

Kody is also married to Janelle Brown on the 17th of January 1993 spiritually. Together, they have two daughters, Madison and Savanah and four sons, Logan, Hunter, Garrison, and Gabriel.

Following that, he married Christine Ruth Brown spiritually on the 25th of March 1994. Together, they have six children including a son, Paedon and five daughters, Aspyn, Mykelti, Gwendlyn, Ysabel and Truely.

Who is Kody Brown?

American Kody Brown is a TV Personality and advertising salesman. Brown is renowned as the TV reality Sister Wives.

The Reality TV series, Sister Wives telecast the life of the polygamy man, Kody Brown and his family that includes his four wives, Meri, Janelle, Christine, and Robyn along with the 18 children.

The show was first aired on the 26th of September 2010 on the TV network TLC. The very first season has 9 episodes. Following the season, the series 13 seasons. In each series, all the family members had tried their best to portray the positive aspects of multiple marriages.

For the shows’ entertainment value, the show has been nominated for Critics’ Choice TV Award under the categories Best Reality series in 2011 and 2012.

Through the TV series, he became a TV personality. Prior to that, Brown was an advertising salesman.

After the TV series, in 2016, they have launched their new series, My 4 Wives based in the same format. In 2018, the series completed its seven-season.

Recently, the Sister Wives and Kody is going through the mid-age crisis. In the recent episodes, he had an idea that they all should shift in a large home.

However, the idea didn’t go well with all wives. Only Janelle supports the idea whereas everybody is against the idea.

In the recent episode, he can be viewed saying the maybe polygamy is not right for them at the point of time. Also, he added that Now, he idea about the polygamy is changing.

He has an estimated net worth of $700k. His average salary as an advertising salesman is $55k or above per year.

Also, his earnings are per episode is about 10 percent of the TLC total budget for the series. Per episode, TLC spends around $250k to $400k. That gives the perfect mathematics for around $375k on an annual basis.

He is a brown-eyed brunette. His height is 5 feet and 11 inches.

In 2019, his twitter tweets made a huge controversy in the media. In the tweets, he had mentioned that polygamy should be legalized. However, his tweets didn’t go well with all his fans. Some of them got angry with Brown for his tweet whereas some of them supported him.

Had to Shift due to polygamy

At the beginning of the series Sister Wives, they had to face the investigation. During that time, they lived in a small town named Lehi. Due to their controversy, they were forced to move to Los Angeles.