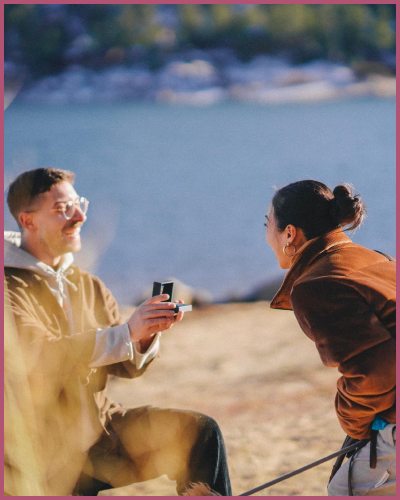 Koko Iwasaki and Kiki Nyemchek have committed to each other

Koko Iwasaki gets engaged to her long-time boyfriend Kiki Nyemchek after four years of dating. The dancer, 25, announced her engagement news on Sunday, November 27 in a joint Instagram post alongside several photos from their proposal.

In the series of first photos, Koko shared a candid of Kiki getting down to one knee with an oval-cut diamond proposal ring while she was bending down with a huge smile on her face. The next photo shows the couple embracing each other in a hug.

Similarly, the last photo of the series shows them holding hands as Iwasaki shows off her engagement ring.

“CONGRATULATIONS!!!! Crying again and again. Can’t wait for you to experience this next INCREDIBLE chapter of your lives,”

A brief on Koko Iwasaki and Kiki Nyemchek’s romance

Koko and Kiki met in the summer of 2017 when they were competing in season 14 of So You Think Can Dance. In the reality show, Koko placed second, and Kiki placed fourth, neither of them took home the America’s Favorite Dancer prize.

The two then performed together during the 2017 SYTYCD tour. The romance between them gradually evolved after their subsequent tour. In February 2018, the two confirmed their relationship with a post on Instagram.

The Florida native, 25, shared a photo of the pair embracing offstage alongside a sweet caption,

“My love.. We screeeaaam of laughter together. You bring out my biggest, most cheesiest smile and you adore me on my absolute worst days. Living life with you is pure bliss & I thank you for YOU every single day.”

The couple since after has appeared together on each other social media handles. They even together worked in Adele’s music video for the single “Oh My God”.

Iwasaki later participated in the latest season of Dancing with the Stars alongside a dancing partner Vinny Guadagnino. Nyemchek was also seen in the DWTS audience, cheering on Iwasaki.

However, Koko and Vinny were eventually eliminated in the eight weeks of the show.