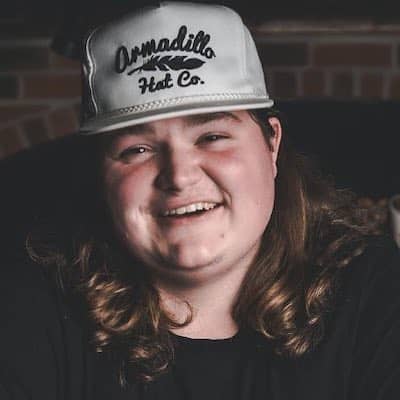 Kolby Cooper at the present time is in a married relationship. He exchanged vows with Jillian Cooper on 17 July 2018 but their wedding details are unknown.

His wife and he are together since third grade and are blessed with two adorable children. Their first daughter, Josie was born in 2018.

Then in late 2020, this lovely couple welcomed their second kid, Charlee. Kolby is a loving father and often posts his family moments on his social account.

On Josie’s 3rd birthday, he posted series of photos, where they all are having memorable moments.

Who is Kolby Cooper?

Kolby Cooper is an American musical artist and social media star. He is popular for his albums Good Ones Never Last (Deluxe Edition), Boy from Anderson County, etc.

His birth year is 1999 and he was born in Palestine, Texas, United States but his full birthdate is unknown. The details of his mother along with his late father are not disclosed.

Kolby’s ancestry is Caucasian and regarding his academics, he is a high school graduate.

Kolby Cooper is an emerging face of the musical world. His first music project is titled Vol. 1, an EP that was released in 2018.

Some of his sung single tracks are One Night Stand, Every Single Kiss, If I Still Had It, Take It From Hank, By Your Side, Excuses, Fall, Curse October, and more.

By the reports of 2021, he has accumulated a net worth of around $500k US. The salary from his acting journey is behind the curtain.

This Country musician is keeping himself away from rumors and desperate scandals.

Kolby Cooper’s height and body weight are average. Moreover, he has brown eyes and his long hair is in light brown color.

Kolby is available on other social sites like SoundCloud and Spotify. He is also on Facebook and Twitter with more than 35k and 42k followers respectively.