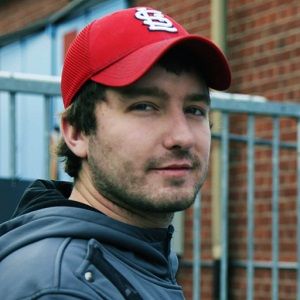 What is the relationship of Kootra?

The 27-years-old American YouTuber, Kootra was previously married to Monica Mathewson. They tied their knot on 11 November 2011.

However, they couldn’t continue their relationship for so long and divorced on 5 January 2015.

As they were married for four years, they didn’t have any children. Since his separation, he has never been spotted with any woman to date.

Furthermore, there is not even a single rumor of his affair of him. Currently, Kootra is enjoying his single life and living elegantly.

Kootra, real name Jordan Mathewson is a famous American YouTuber as well as a cinematic designer. He is famous as a Machinima and Let’s Play video content creator as well as the owner of The Creatures LLC.

Kootra was born on April 24, 1991, in Montana, United States of America. Talking about his nationality, he is American and his ethnicity is unknown. There is not any information regarding his childhood and family background.

He grew up in the United States of America and Scotland. Moving towards his education, there is not any information regarding his educational background.

Kootra career, net worth, and awards

Kootra began his career as a YouTuber. He is a famous American YouTuber as well as a cinematic designer.

Furthermore, he started his YouTube career back on January 26, 2008, when he first created his channel under the name “Kootra”. Since then, he has been posting various games on his channel.

Currently, he has amassed over 927k subscribers on his YouTube channel with almost 329 million views.

He is popular as a Machinima and Let’s Play video content creator as well as the owner of The Creatures LLC. Many of his videos have crossed millions of views such as MW2 Insane Tactical Knife Throwing, Craft Spice, So Lucky, and Advanced Creeper.

After a couple of years of creating his solo channel, he started “the creature hub” which has now more than 1.1 million subscribers and 570 million views.

After some time, he started his Machinima career using the games Call of Duty 4 and Halo. In April 2017, Kootra became the Cinematic Designer of Illfonic and he still working on it.

However, his salary is unknown and he has an estimated net worth of about $100 thousand.

Back in 2014, the SWAT unit burst into his home and ‘swatted’ him while he was playing an online shooting game. This incident came after a rival gamers report gunshots and screaming at particular addresses.

However, nothing went wrong but the police said, “A massive law enforcement response wastes resources and greatly increases the chances of innocent people being injured or killed.”

Kootra has a height of 6 feet 4 inches and his weight is unknown.

Moreover, he has a pair of blue eyes and brown hair. Apart from that, there is not any information regarding his other body measurements.

Kootra is active on Twitter and Facebook on which he has more than 204k and 50k followers respectively.

You may also like to read the Bio, Career, Body Measurements, Net Worth, Social Media, Relationships, and more about Troy Polamalu, Erin Andrews, Rachel Hunter, etc.