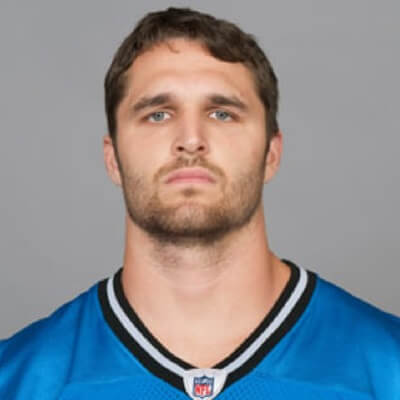 Korey Bosworth is a married man. He is married to Jessica Bosworth.

The couple dated for several years before getting married. Corey posted a picture with her for the first time in 2012. Since then, the couple has shared pictures of each other on their social media account. They decided to get married in 2016. They don’t have any baby from their relationship so far.

There is no information about his previous affairs and relationships.

Who is Korey Bosworth?

Korey Bosworth is a former American football player. He played as a linebacker for UCLA, Denver Broncos, Detroit Lions, Oakland Raiders, and BC Lions.

Korey Bosworth was born as Korey Michael Bosworth on November 21, 1986, in Irving, Texas. As of 2020, his age is 33. He was born to parents, Mike Miller(father) and Robbie Bosworth(mother). His uncle is Brian Bosworth, an actor and former professional football player who used to play for the Seattle Seahawks in the NFL.

He has one twin brother, Kyle Bosworth. Kyle is also a professional American footballer. He played as a linebacker and special teamer in the NFL for the Jacksonville Jaguars, New York Giants, and Dallas Cowboys. The brothers played college football together for the UCLA.

Talking about his education, he went to Plano West Senior High School in Plano, Texas. He played football there as a linebacker. Following that, he joined the University of California, Los Angeles where he played college football.

Bosworth played high school football for Plano West Senior High School. He was selected to the first team district and in 2004, the second team All-Area. Rivals.com ranked him the 40th prospect in the nation among outside linebackers. He finished his high school career with a total of 219 tackles, 3 sacks, and 2 interceptions.

He played college football for UCLA. Bosworth’s college career was incredible as he won the Defensive category of UCLA’s Jerry Long “Heart” Award for his Junior season. Similarly, in his senior season, he was the Defensive co-winner of the award.

Korey started his NFL career with the Denver Broncos as an undrafted free agent. The club signed him on April 30, 2010, and released him on June 15, 2010.

Korey Bosworth has an estimated net worth of around $1 million. He earned money as a footballer playing in the NFL. Bosworth is now retired and there is no information about his salary. An average NFL player earns around $820k a year as of 2020.

Korey stands at a height of around 6 feet 1 inch. He weighs around 110 kg. His eye color is blue and his hair color is brown. There is no information about his shoe size.

You may also like to read the Bio, Career, Net Worth, Social Media, Relationships, Body Measurements, and more about Kyle Bosworth, Troy Polamalu, Jamaal Charles, and more.