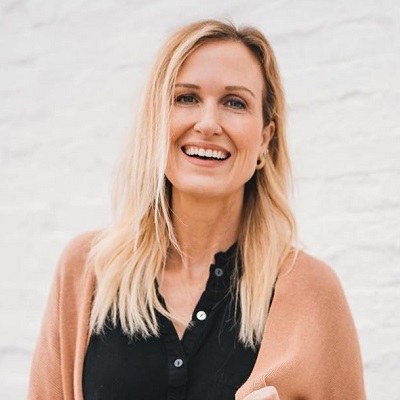 Korie Robertson is married to the businessman, Willie Robertson. Willie is the CEO of the multi-million company, Duck Commander.

They have been together since they were in grade three. With the passing moment, they developed a very strong bond and became madly in love with each other. Soon after their high school graduation, they tied a knot of the wedding on the 6th of July 1992.

After that, they completed their family with three adopted children, Rebecca, Willie, and Rowdy Robertson.

Who is Korie Robertson?

American Korie Robertson is a businesswoman, author, and reality TV personality. She is renowned as the wife of Duck Dynasty’s star, Willie Roberson.

Last, in 2017, she appeared in the reality TV series, Duck Dynasty.

Korie Robertson was born as Korie Howard Robertson on the 24th of October 1973 in Monroe, Louisiana, to a business class family.

Her father, John Howard, and mother Chrys Howard are of British-Germanic ethnicity.

She has an elder brother, Lt. William Lorenzo Howard. William was a former mayor of Monroe.

Talking about her educational background, in 2014, she graduated from Harding University with Honors in Business.

Following her family tradition, Korie Robertson is a businesswoman. As a business person, she owns several overseas business ventures. That includes the Louisiana based retail store Duck & Dressing and skincare line business, Naturmetic.

However, she first came in the spotlight when she featured the A&E’s TV show, Duck Dynasty. The show is based on the lives of Roberson’s family renowned for their family business, Duck Commander. In the series, she is appeared handing their family business as a manager. The reality show ran for 11 seasons till 2017.

Apart from the series, Duck Commander, she also featured the movies like God’s Not Dead and I’m Not Ashamed.

In 2003, she took her first step as an author. She started her journey as an author with the book, Hugs for Pet Lovers co-written with her husband. Later, she published the two more series of the book.

Moving forward, in 2012, she launched her New York Bestselling book, The Duck Commander Family. After that, she published the two series in consecutive years. Last, in 2015, she published the book, Strong & Kind based on parental guidance.

As of 2020, she has an estimated net worth of $10 million. As the manager of the Duck Commander, her earnings are in the range of $34k to $110k. Also, the profit of her business venture is the major of her income.

Apart from that, she also makes through the royalties of her books too.

Talking about the net worth, her husband, Willie has an estimated net worth of $40 million. His net worth is attributed to her multi-million dollar business specialized in manufacture of the hunting-related products.

Korie Robertson is a blue-eyed blonde. She stands at a height of 5 feet 10 inches and weighs around 60 kg. Also, her body measurements are 37-26-37 inches.

Till the date, she has managed to clear her image as a business personality. As of now, she hasn’t been of any kind of controversy and scandal that created a buzz in the media. Also, there are no rumors linking with her.