Kortney Wilson is an Actress, Former country singer, Licensed real estate professional, Reality Star and what not! Kortney is married to Dave Wilson with three children. Dave is an actor. 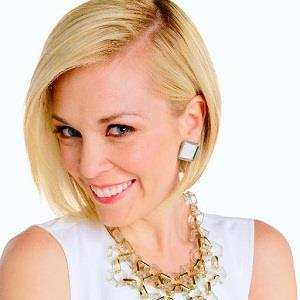 I rarely have anything in my pocket but if I do, it’s lip gloss. Something strawberry or minty flavored

When I moved to Nashville, I was a photographer's assistant. He took pictures of products and, most often, tires. I would spend hours pinching off the little rubber hairs on a tire so he could get the perfect shot. It wasn’t glamorous, but he taught me to pay attention to the details.

Talking about the relationship status of Kortney Wilson, she is married to American actor Dave Wilson. Although being married for so long, she hasn’t revealed her married date.

She gave birth to three children Jett, Lennox Esmee (adopted), and Sullivan James. She doesn’t have any extra-marital affair and she is living a happy married life with her family.

Who is Kortney Wilson?

She is best known for her appearance in the reality series Meet the Wilsons on CMT Canada.

Kortney Wilson was born and raised in Ontario, Canada on 8 February 1979. She is of Canadian/American nationality and has English-Scottish ancestry.

His birth name is Kortney Kayle. Her mother’s name is Karrie Galerno and her father’s name is Ken Galerno. There is no information on her siblings. Her personal life isn’t in the limelight as her career is.

Talking about the career journey of Kortney Wilson, she was performing as Annie with Royal City Musical Productions in Guelph in 1994. She signed a management deal with Scream Marketing and Christy DiNapoli.

In 2001, Kortney Wilson has released her two singles as Kortney Kayle which were the part of her unreleased solo album No Turning Back. She also made an appearance in the soap opera ‘One Life to Live’.

She has spread her wings equally at ease with both forms of singing and acting media. Kortney has co-written Ryan Tyler single ‘Run, Run, Run’ which was released by Krysta Scoggins.

She signed to Open Road Recordings with her husband as the Wilsons and released their debut solo album in 2010. Her success in the career path has paid her well financially. Her net worth varies depending on the source so for now, we can say that her net worth has grown significantly.

An average salary of a real estate professional in the US is estimated to be $86,854 per year. Her net worth is between $5 – $6 million per annum as per the sources.

This multi-talented personality must have earned decent earnings from her career.

Unlike other celebs, she has neither been into any rumors nor controversies in her life.

Kortney Wilson has blonde hair color and her eye color is blue. There is no information about her shoe size, height, and body weight.