He is possibly single at the moment. He hasn’t yet revealed anything about his love life in the media.

In the upcoming days, if he disclosed anything about his love partner then we will definitely update it. 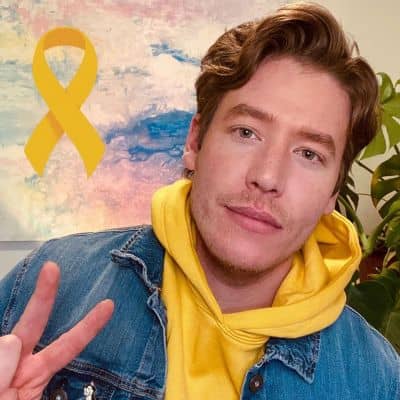 Who is Kory Desoto?

Kory Desoto is an American social media personality. He is best recognized as YouTuber where his channel’s content mostly revolves around pranks, challenges, interesting questionnaires, comedic, and lifestyle vlogs.

According to IMDb, he is also an actor and writer.

Kory was born on the 9th of November 1986, in San Bernardino, California. According to his birth date, he is 35 years old as of 2021. His Zodiac sign is Scorpio.

Kory hasn’t yet disclosed his parent’s identity in the media. He has an older brother named Larry Desoto who often gets featured in Kory’s Instagram posts.

His academic background is also under the curtains at the moment. He holds an American nationality whereas his ethnicity is mixed (Japanese and Puerto Rican).

On March 30, 2009, Kory launched his YouTube channel under the name Kory DeSoto and uploaded his first video titled ‘Happy Hannukuah Yall‘ which has garnered nearly 8k likes to date.

As of now, he has uploaded more than 351 videos on his channel. On his channel, his most popular video titled ‘AMERICAN TRY JAPANESE SNACKS! W/ COLLEEN BALLINGER’ has garnered over 5.6 million views to date.

Kory made an appearance in an episode, ‘Haters Back Off’ of Rod Trip with My Uncle alongside Collen Ballinger and Angela Kinsey. He also starred in a web series, Matt and Kory Show from 2010 to 2013.

The internet sensation stays quite away from any sorts of rumors and controversial matters that could hamper his personal and professional life.

Kory hasn’t yet disclosed his net worth, salary, and other earnings in the media. However, he might have earned a decent amount of wealth from his career.

The internet sensation has a fit and muscular body physique with a decent height. He is a huge fitness freak. Kory stands at the height of 5 feet 11inches tall. Likewise, he has a hazel brown pair of eyes and blond hair color.

Besides YouTube, Kory is active on Instagram under the username @korydesoto where he has more than 318k followers.