Kris Allen is an American singer-songwriter. Kris won the eighth season of American Idol in the year 2009. He is married to Katy O'Connell and the couple is blessed with three children. 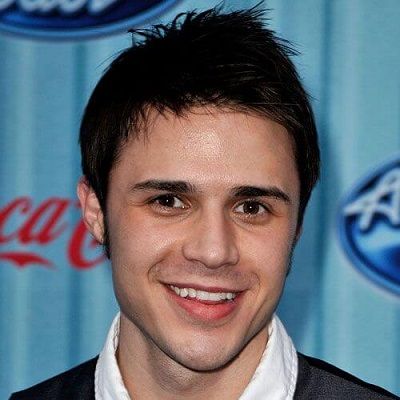 I love going to Africa and stuff. I love going anywhere, really, but I've been to Africa a bunch of times and it's just a beautiful place that needs help, obviously, but helping people that are really thankful is really easy to do. And the people out there always seem so thankful.

When you're on tour, you're trying to get the crowd involved and really sing and perform to them. When you're going to write and be in the studio, it's like, 'Now I have to think about me.' That's the mind-set you have to work with.

What is the relationship of Kris Allen?

He actively participates in philanthropic activities that support missionary work, music education, and charity. His fans organize charitable efforts on his birthdays as a gesture to honor him.

Who is Kris Allen?

Kris Allen is an American singer-songwriter. Kris won the eighth season of American Idol in the year 2009.

He wrote and produced an album titled ‘Brand New Shoes.’

His album Beloved, is his second album for the Truth Revolution Recording Collective.

His father is Neil Allen and mother, Kimberly Allen, of all- American ancestry.

He attended the Mills University Studies High School, Little Rock, Arkansas, the United States and played viola in the school orchestra and won a spot in the Arkansas all-state orchestra.

Kris enrolled at the University of Central Arkansas, Conway, Arkansas, the United States to pursue a degree in business management. During his stint at the college, he participated in Christian missionary work in various developing countries.

He also started working as a shoe salesman to earn money and considered returning to college if he could not make it as a musician.

He wrote some songs and self-produced an album titled, ‘Brand New Shoes’ in the year 2007 along with his college friends.

The title of the album was a reference to his work as a shoe salesman.

He auditioned for the eighth season of American Idol in 2009 and cleared the preliminary rounds.

In the initial stages of the competition, he received very little screen time and his solo performances were also not shown.

He played several instruments like the acoustic guitar, electric guitar, and piano during his performances.

He was appreciated for his folk-inspired interpretations of modern pop songs.

In the finals of American Idol, he performed ‘Ain’t No Sunshine’, ‘What’s Going On’ and ‘No Boundaries.’ During the final results show, he performed a duet with Keith Urban, singing Urban’s single ‘Kiss a Girl.’

He was declared the winner of the eighth season of American Idol 2009, beating co-finalist Adam Lambert.

After Kris won the American Idol, five of his songs made it to the Billboard hot 100, charting within the top 100. The songs ‘No Boundaries’ and ‘Heartless’ were among these.

He released his first major album, the self-titled ‘Kris Allen’ in 2009. The album included singles like ‘Live like We’re Dying’, ‘The Truth’, and ‘Red Guitar.’

The name ‘Camellia’ refers to a home he once shared with his friends.

Kris brought out his first Christmas album, ‘Waiting for Christmas’ in December 2012.

It included the tracks ‘White Christmas’ and ‘Have Yourself a Merry Little Christmas.’

He has an estimated net worth of around $3.5 million US.

He has dark brown hair and eyes, his height 5 feet 9 inches, weighs 74Kg.

Are Kristen Ramos And Julian Allen From Temptation Island Still Together? Here Is A Update In Their Relationship!