Kris Benson is a former Major League Baseball player. Kris is engaged to Brittany Page. Previously, he was married to Anna Benson. He has four children.

Kris Benson met his ex-wife, Anna Benson while she was working as a dancer in a local strip club. The pair later married n October 1999. Anna filed for divorce on March 31, 2006, citing an “irretrievably broken” marriage.

However, she later withdrew the petition. They have had three children together (daughter Haylee, and sons P.J. and Devin James) and are also parenting Anna Benson’s daughter from her first marriage (Alyssa Warren). 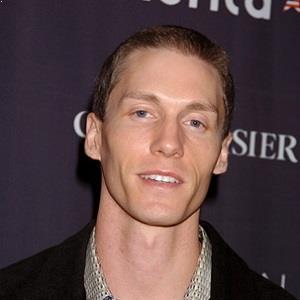 My fastball location was terrible. As hot as their team is, you've got to make your pitches and I didn't.

I'm hitting my spots like I should be, but they're taking too good of hacks on balls that I'm throwing up there, so there's obviously a problem with the selection I'm taking with each batter.

Who is Kris Benson?

Kris Benson is a former Major League Baseball starting pitcher. He was drafted first overall by the Pittsburgh Pirates in 1996. Additionally, people also know him due to his marriage to Anna Benson.

Benson was born in Superior, Wisconsin on November 7, 1974. He has two younger sisters and one younger brother. For most of his childhood years, he lived in Superior, WI.

At age 6, he moved with his family to Milledgeville, GA. He was interested in the world of baseball since his early life as his parents were also baseball fans. He is of American nationality. Furthermore, he has not revealed his ethnic background as of now.

During his time at the University, Benson went undefeated during the regular season of his junior year (14–0 with a 1.40 ERA) with 178 strikeouts in 142 innings pitched. Later, he led the Tigers to the NCAA postseason.

Talking about his professional career, Benson was the first pick in the 1996 Major League Baseball Draft. He made his first major league start on April 9, 1999.

Additionally, his best season came in 2000 with Pittsburgh when he posted career-highs in earned run average, strikeouts, innings pitched, and games pitched as well as his only double-digit strikeout games.

Eventually, The New York Mets acquired him near the trading deadline of the 2004 season. Later, On January 21, 2006, he was traded to the Baltimore Orioles for pitchers Jorge Julio and John Maine. Benson missed the entire 2007 season with a torn rotator cuff.

Benson has been honored with the Pittsburgh Pirates team Roberto Clemente Award, the Thurman Munson Award, the Joan Payson Award, and the New Jersey Sports Writers Humanitarian of the Year Award.

Benson became part of a controversy after his ex-wife Anna Benson was charged with two counts of aggravated assault and battery with a gun, possession of a firearm in a felony, and criminal trespass. Additionally, at present, there are no rumors concerning Benson and his career.

Talking about his body measurement, Benson has a height of 5 feet 5 inches (1.65 m). Additionally, he weighs around 93 kg. Furthermore, his hair color is light brown and his eye color is hazel.