Kris Wu is a Chinese-Canadian actor, singer, record producer, rapper, model. He is possibly single at the moment.

Kris Wu hasn’t married yet. He is possibly single at the moment. Earlier, Wu was rumored dating a woman named Xiao Gina and actress Coulee Nazha.

However, Coulee and Kris denied their dating rumors. Also, there was a rumor of a relationship between Kris and the Japanese model, Mitsuki Kimura. 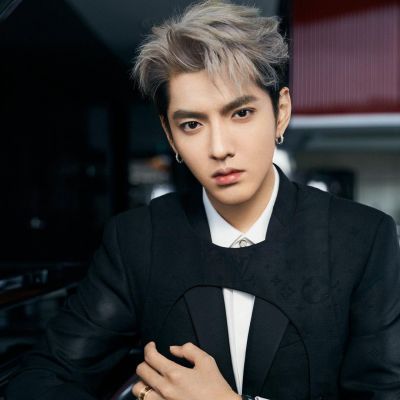 Life is a game. Play it.

Forgive me for being powerless, for only being able to do things with a limit, when you do so much for me.

You're young, be adventurous, don't give up, and then your dream will come true.

I wish I can fly, to be able to fly to wherever our fans are.

Who is Kris Wu?

Kris Wu is a Chinese-Canadian actor, singer, record producer, rapper, and model. He is also a former member of the South Korean-Chinese boy band, EXO. Wu joined EXO as the eleventh member on the 17th of February 2012 until 2014.

He was the first male to be on the cover of Vogue China in 2015 and was the first person to appear in an endorsement for the brand Mixxtail in 2016.

Kris was born on the 6th of November 1990 as Li Jiaheng. He hails from Guangzhou, Guangdong, China.

He is the only child of Wu Xiuqin (mother) and Li Kaiming (father). When he was a toddler, his parents gets divorced in 2000. Talking about his academic background, he went to Guangzhou No. 7 Middle School in China for a brief period.

Further, he holds Chinese citizenship from 1990-200s but as of now, he is a Canadian citizen. He belongs to Han Chinese ancestry.

In 2007, Kris auditioned for SM Entertainment’s Canadian global auditions at the age of 17 where he passed the audition and moved to South Korea as an SM trainee in 2008.

On the 17th of February 2012, he was introduced as the eleventh member of Exo. The band released their studio album and his first debut album titled “XOXO” and their hit song “Growl” in June 2013.

He then featured on Exo’s Overdose album, which was released in May 2014. The album became the best-selling album of 2014 in South Korea. After that album, he leave the group and appeared as a solo artist.

In July 2014, Wu released “Time Boils the Rain” as part of the soundtrack for the Chinese box office hit film, Tiny Times 3. He made his theatrical film debut as Peng Zeyang in ‘Somewhere Only We Known’ directed by Xu Jinglei which was released on February 14, 2014.

On 8 July 2021, Du Meizhu, a 19-year old Chinese college student, posted allegations on the social media platform, Weibo accusing Wu of sexual assault. She stated that she was raped while she was drunk and unconscious. Also, she claimed that at least 8 women reportedly had similar experiences with Kris.

Also, he has been removed from his upcoming TV series, “The Golden Hairpin” which co-stars Yang Zi.

Kris has accumulated an impressive amount of fortune throughout his successful career.

As of 2021, he has an estimated net worth of around $9 million. His salary and other earnings are still under review.

The actor has a towering height of 6 feet 1 inch tall. His weight is about 78 kg. Likewise, he has a dark brown pair of eyes.

Wu’s natural hair color is black however, he has often dyed his hair. He has also a tattoo of a Borneo Scorpion on his left hand.

Moreover, he is also active on Tiktok where he has over 1.4m followers.

Details of Chinese actress, Nancy Wu’s Achievements and her personal life you can get here!