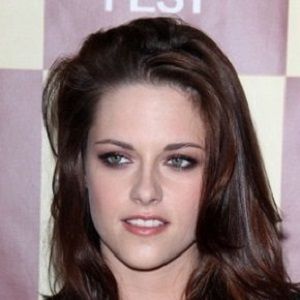 I think romance is anything honest. As long as it's honest, it's so disarming.

People say, 'Just say who you're dating. Then people will stop being so ravenous about it.' It's like, No they won't! They'll ask for specifics.

What is the relationship of Kristen Stewart?

Kristen Stewart is an unmarried woman to date. She has been in a number of relationships in her life. In 2005, she was in a serious relationship with the American actor Michael Angarano.

They stayed together for five years from 2005 to 2009. After that, she began dating the famous British actor Robert Pattinson later in 2009. After four years of dating, they broke up in 2013.

Later that year, she began an affair with Lane Garrison, an actor and they broke up in 2014. From 2014 to 2016, she was in a relationship with Alicia Cargile. That same year, she also hooked up with Soko, a singer-songwriter.

Later in 2016, she was in an affair with St. Vincent, a musician. Since December 2016, she is in a relationship with the beautiful Irish model Stella Maxwell.

In between, there were rumors of their break up but those rumors turned out to be false.

Who is Kristen Stewart?

Kristen Stewart is an American actress and model. She is best known for playing Bella Swan in The Twilight Saga.

She has won numerous Teen Choice and People’s Choice Awards for her performance in The Twilight Saga. She was listed as the highest-earning female actress in the Vanity Fair “Hollywood Top Earners List of 2010”.

Kristen Stewart was born as Kristen Jaymes Stewart on 9 April 1990, in Los Angeles, California, USA. Kristen is an American by nationality and she is of English and Scottish ethnicity.

She is the daughter of Jules Mann-Stewart and John Stewart. Both of her parents work in the entertainment industry. Her father is a stage manager and television producer who has worked for Fox.

Her mother is a script supervisor and has also directed a film, the 2012 prison drama K-11. She has an older brother, Cameron B. Stewart, and two adopted brothers, Dana and Taylor.

Stewart attended local schools until the seventh grade. As she became more involved in acting, she continued her education by correspondence until completing high school. Initially, she wanted to become a screenwriter/director.

Stewart began acting when she was eight years old. Her first acting role came up in the Disney Channel TV movie The Thirteenth Year.

After that, she had a minor role in The Flintstones in Viva Rock Vegas (2000) and The Safety of Objects (2001), in which she played the role of Sam Jennings.

In 2003, she appeared in the film Cold Creek Manor as Kristen Tilson, for which she has been nominated again for a Young Artist Award for her performance.

Her first starring role was at age 14 in the children’s action-comedy Catch That Kid (2004), in which she appeared as Maddy Phillips. That year Stewart also played the role of Lila in the thriller film, Undertow (2004).

Her movie Lizzie is under post-production and she is currently filming for Underwater. Currently, she hosts the show Saturday Night Live.

Kristen Stewart: Salary and Net Worth

She has a net worth of $70 million but her salary is not revealed yet.

Kristen is rumored to have hooked up with the British actor Nicholas Hoult. President Donald Trump tweeted about her breakup from then-boyfriend and Twilight co-star Robert Pattinson.

Stewart later said that the president sent out a series of five tweets claiming Stewart cheated like a dog and advising Pattinson to be smart.

Kristen Stewart has a height of 5 feet 5 inches. Her body weighs 54kg. Besides these, her body figure measures 34-22-34 inches.

Her shoe size is 9 (US) and her dress size is 2 (US). Her hair color is blonde but she dyed her hair into dark brown color. She has green eyes.

All about the engagement of to-be-married couple Dylan Meyer and Kristen Stewart!

Kristen Stewart ultimately opens up about her relationship and controversies! Announcement of her plans to propose!