Kristen Wiig is an American actress, comedian, writer, and producer. Kristen Wiig is having an affair, She is at present she is engaged to actor Avi Rothman. Then in January 2020, this couple welcomed their twins’ children via surrogacy 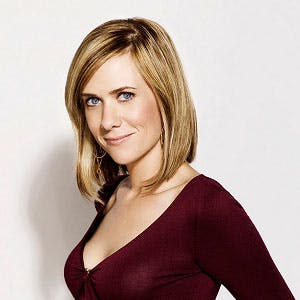 It's a mystery to me what makes people laugh

I love the rain. It's my favorite weather

I can relate to having those people in your life that you feel are moving on to this great, big, normal life and you're like, 'What's wrong with me?'

Kristen Wiig was a married woman. She got married to Hayes Hargrove in 2005. But the marriage didn’t go well so they decided to divorced in 2009.

She is at present she is engaged to actor Avi Rothman. Then in January 2020, this couple welcomed their twins’ children via surrogacy.

Who is Kristen Wiig?

Kristen Wiig is an American actress, comedian, writer, and producer. Similarly, Kristen Wiig is well known for her work on the NBC sketch comedy series Saturday Night Live (2005–12), and films such as Bridesmaids, The Martian, and Ghostbusters.

Likewise, she is also well known as Kristen Carroll Wiig, Vicki St. Elmo. In the future, she will be seen in a DC movie named Wonder Woman 1984 as Cheetah.

Kristen was born in Canandaigua, New York, the United States on August 22, 1973, to parents Jon J. Wiig and Laurie J. Johnston. She has a sibling namely Erik Wiig.

Then, she attended Allendale Columbia School. Similarly, she attended Brighton High School. Finally, she graduated from the University of Arizona.

Talking about her profession, during 2003, Kristen Wiig appeared in ‘The Joe Schmo Show’ a satire of reality television on Spike TV. Similarly, she was inducted in the midst of the 31st season of the ‘Saturday Night Live’ show, in the year 2005. During 2006, she made her debut in films with ‘Unaccompanied Minors’.

Likewise, during 2008, she got minor roles in movies like ‘Forgetting Sarah Marshall’, ‘Pretty Bird’ and ‘Ghost Promo’.During 2009, she did support roles in Drew Barrymore’s directional debut film ‘Whip It’ and ‘Adventureland’. In the same year, she also gave voice in ‘Ice Age: Dawn of the Dinosaurs’.

Besides that, 2010, she lent her voice to animated films ‘Despicable Me’ and ‘How to Train Your Dragon’ along with appearing in other feature films that include ‘All Good Things’ and ‘MacGruber’. In 2011, she got her major break in the movies.

Whereas, she also played her first lead role in the movie ‘Paul’.The same year she starred in ‘Bridesmaids’; a movie that she co-wrote with Annie Mumolo for Universal Pictures.

During 2012, she made her final appearance as a cast member in ‘Saturday Night Live’ during its 37th season. Similarly, she later hosted the show once in 2013 and appeared on the show as a guest in October 2014.

Therefore, her more projects include ‘Ghostbusters’, ‘Zoolander 2’, and ‘Sausage Party’ that is proposed to be released in 2016.

Talking about her lifetime achievements and awards, she won the EDA Female Focus Award for Best Woman Screenwriter ‘Bridesmaids’ (2011). Likewise, she won BTVA People’s Choice Voice Acting Award for Best Female Vocal Performance in a Television Series in a Supporting Role for ‘The Looney Tunes Show’ (2011).

Kristen Wiig: Salary and Net Worth

There is no information regarding her salary. But she has an estimated net worth of $16 million.

There is no information regarding her and her career. She is far from rumors and controversy.

Talking about her body measurements, Kristen Wiig has a height of 5 feet 5 inches. Additionally, she weighs is 56 Kg. Furthermore, she has a measurement of 35-26-36 inches respectively.

Similarly, her hair color is dark brown and her eye color is grayish-blue. Likewise, her shoe size is 8 (US) and her dress size is 6 (US).

Also, read the career, salary, the net worth, controversy, and the bio of Elizabeth Rodriguez, Natasha Leggero, and Nancy Carell.