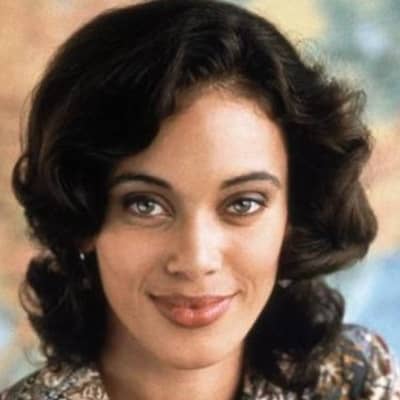 Kristen Wilson is a married woman. Her husband Martin Astles is a special effects make-up artist by profession. The couple was together since June 2000. Also, the duo is blessed with two children.

Previously, Wilson is married to Cinematographer, Gaffer, and Lighting technician, Michael Maezovilla. They were together from 1997 until 1999. She has also one child with Michael.

Who is Kristen Wilson?

Kristen Wilson is an actress, ballet dancer, and presenter from the United States. She is best known for her prominent role as Lisa Dolittle in the comedy-fantasy family film “Dr. Dolittle 3”.

Kristen was born in Chelmsford, Massachusetts, the United States on September 4, 1969. She holds American citizenship and belongs to the Caucasian ethnicity.

She is the only child of her parents however, her parent’s identity is still under curtains. Her father worked for an insurance company. From an early age, she was interested in dancing so, her parents enrolled her at a dance school when she was six years old.

She practiced ballet for two years then joined the professional classical company The Boston Ballet. She worked for four years in the Boston Ballet. Wilson earned her bachelor of fine arts degree in musical theatre from Syracuse University.

In 1992, Kristen made her television debut through the documentary comedy series “Stand-Up Stand-Up”. The same year, she made her debut film appearance in the action science fiction film Prototype where she portrayed the role of Bar Girl. In 1995, Wilson got a prominent role as Robin Givens in the television film Tyson, based on the life of American heavyweight boxer Iron Mike Tyson.

The TV film features the personalities like Michael Jai White, George C. Scott, and Paul Winfield. Throughout her acting career, Wilson has appeared in five TV films and eight TV series. Similarly, she starred in the films like Girl 6 (1996), Bulletproof (1996), The Photographer (2000), Dr. Dolittle 2 (2001), Shackles (2005), and more.

Wilson made an appearance for the last time in the 2011 science-fiction disaster film Mega Python vs. Gatoroid where she portrayed the role of Barbara.

Kristen has been nominated in News & Documentary Emmy Awards for an Outstanding Live Coverage of a Current News Story, Anderson Cooper 360 (2003).

The actress stays a mile away from any controversial acts that create a huge buzz in the media. She hasn’t yet been surround by such rumors and scandals to date.

Kristen hasn’t yet disclosed her net worth, salary, and other earnings in the media. She might have accumulated a decent amount of wealth throughout her successful career.

As a dancer, Kristen has a well-maintained body physique. She stands at the height of 5 feet 7 inches tall and her weight is about 54 kg. Likewise, she has dark brown hair color with green pair of eyes.