Kristian Bruun is a well-recognized Canadian actor and television personality. He is currently single.

Talking about his love life, Kritisian Bruun is presently single and he is not dating anyone at the moment. He might be focused on his career at the present.

Moreover, Bruun has been secretive towards his relationship details or affair news. It seems that the actor prefers to keep his private things away from the public. 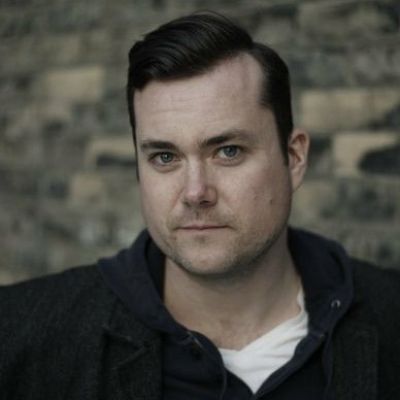 Who is Kristian Bruun?

Kristian Bruun is a well-recognized Canadian actor and television personality. Bruun is widely famed for his roles in Orphan Black and Murdoch Mysteries.

Moreover, he has also appeared in other series such as Red Rovers, The Go-Getters, Ready or Not, Tammy’s Always Dying, and Eat Wheaties!.

Kristian Bruun was born on 25 October 1979. At present, his age is 41 years old. Likewise, his birthplace is Toronto, Ontario, Canada.

Kristian is the son of his father, Karl Kristian Brunn whereas his mother is Hilary Anne Bonnycastle Bruun. Moreover, he has two siblings named Bruun and Amalie.

Talking about his nationality, Bruun holds a Canadian-Finnish identity whereas his ethnicity is Norwegian, Swedish, English, Irish.

Regarding education, the actor studied at Valley Forge Military Academy in Pennsylvania from 1994 to 1997. Later, he attended Queen’s University in Kingston, Ontario for a B.A. in drama, graduating in 2001. Bruun also studied at the George Brown Theatre School in Toronto and with David Rotenberg at the Professional Actors Lab.

Professionally, Kristian started his acting career with his first screen appearance in the film Good Morning Tomorrow in 2003.

There, he was featured as a bartender. Later, he appeared in other roles such as a Lead Officer in Nikita, Stu in Blood Pressure, and Alec in Play the Film.

Moreover, he had performed the role in Murdoch Mysteries, featuring in the role of Constable Slugger Jackson from 2012 o 2017 for seasons 6 through 11.

Additionally, Kristian has served as a volunteer on the behalf of tsunami victims in Srilanka. He went to help rebuild homes for victims who were displaced due to the catastrophe in 2007.

Some of his remarkable appearances are: –

A Famed Canadian actor, Bruun has earned a handsome amount of money from his profession. He has been actively present in his profession from the year 2004 till the present.

It is reported that Kristian Bruun has an estimated net worth of $1 million as of 2022.

Kristian has never been part of any controversial matter or rumors till now. The actor has been preoccupied with his professional and private life.

It seems that Bruun prefers enjoying his personal life and does not want to merge it with his professional life.

41 years old star, Kristian has handsome looks and an admirable personality. He stands at a height of 6 feet 1 inch.

Furthermore, Bruun has light blue eyes whereas his hair is dark brown.

Regarding his social media presence, Kristian Bruun is an active personality on social media. Kristian has more than 42.7k followers on his official Instagram account @mrkristianbruun.

He is also active on Twitter with around 32.7k followers.

Also read about Rom Rain, Raz B, and Jackson Douglas.