Kristin Cavallari is an American TV personality, actress, fashion designer, entrepreneur, and author. She is married to Stephen and is the mother of two kids.

Kristin Cavallari had an on-off relationship with her senior and now actor Stephen Colletti. Her real-life romance had gone bizarre on the MTV show and soon she ended her relationship with Stephen. She started dating American football Quarterback by end 2010 and they got engaged in April 2011. By July 2011, the engagement was broken.

In November 2011, they again came together. Kristin Cavallari delivered her son Camden on 8th August 2012. Kristin and Jay tied the knot on 7th June 2013.

She has a happy married life and is also involved in charity work. 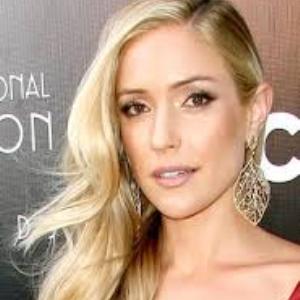 I have a lot of sides to my personality and what you see on 'The Hills' is a strong, independent woman, which I am. But I also have a sensitive side that I don't show too much

I think a lot of girls look up to me because I'm a strong woman.

Who is Kristin Cavallari?

Kristin Cavallari is an American TV personality, actress, fashion designer, entrepreneur, and author. She shot to fame with the reality TV show ‘Laguna Beach: The Real Orange County’ which revolved around the lives of a group of teenagers and young adults from Laguna Beach.

Kristin Cavallari was born on 5 January 1987. Her birth name is Kristin Elizabeth Cavallari.

She was born to Dennis Cavallari and Judith Eifrig. Her father is of Italian descent while her mother has German roots. She had an elder brother, Michael Cavallari.

After her parents divorced, Kristin went to stay with her mother, stepfather Mr. Spies and one stepbrother in Chicago. Not like Chicago, Kristin misbehaved so that her mother could send her to her father’s place.

She is nicknamed as Kris. After her parents’ divorce, she first stayed with her mother in Chicago and later shifted to Laguna Beach to stay with her dad and brother. Her maternal great-grandfather, The Rev. Charles William Gustave Eifrig, was a Lutheran Minister.

Her brother, Michael was a jobless alcoholic who was missing since 27th November 2015 and was found dead on 10th December 2015. He was probably also suffering from paranoia and had died of hypothermia after a car crash. She has a Shih-Tzu breed dog, Bru.

She managed to get her way and by the summer after junior high school, she moved to Laguna Beach to live with her dad and brother. She attended a Catholic school and later a public high school. She was at Laguna Beach High School and later registered at Loyola Marymount University in Los Angeles, California.

Kristin Cavallari was still at High School when the first season of the reality MTV show ‘Laguna Beach: The Real Orange County’ started shooting. She was dating her senior Stephen Colletti and this was also seen in the series. Soon the love triangle between Stephen Colletti, Kristin Cavallari and her co-cast, Lauren Conrad became the central plot of the reality show.

She also featured in Laguna Beach’s spin-off series ‘The Hills’. She was also seen in the 13th season of ABC’s ‘Dancing with the stars’. She then shifted to Los Angeles and was seen in various UPN TV series. She also started doing films. She acted in the straight-to-DVD film ‘National Lampoon’s Van Wilder: Freshman Year’. She also did several TV talk shows and modeled and posed for glossy magazines. She competed for the ‘it girl’ in 2005.

In 2016, Kristin penned down the moments of her life in ‘Balancing in heels: My Journey to Health, Happiness and making it All work’. She had detailed how her real-life romance with Stephen Colletti was manipulated on the show by the Show’s producers and how it had strained her relations with Stephen and her friend, Lauren Conrad. She has however also said that her issues with Conrad were a bygone thing. She was happy when she heard that Conrad was expecting.

Recently, there were rumors that Kristin is pregnant. Kristin has put down those rumors by posting herself in a bikini on her social platform. She is leading a happy married life and is on a vacation to Mexico with her family. She enjoys cooking for the family and has said that her healthy cooking has helped control her husband;s type 1 diabetes mellitus. She also indulges in regular exercises which explain her well-toned body.

She had landed in a controversy when she and her husband decided to not vaccinate their children fearing the ill-effects and autism related to vaccination. She stands high against those who are used to mom shaming. Readers have also criticized her for the thinness of her two sons which they assume to be due to her starving her kids. She also faced controversy when she shared one of her allegedly dangerous baby formula recipe in People’s magazine. She also received heavy criticism for using the term’300 lb lesbian’ on her Instagram post.

Kristin has the height of 5 feet 3 inches. Her body weighs 50kg. She has blonde hair and light brown eyes. Furthermore, her bra size is 32B, shoe size is 7(US) and dress size is 2(US). Besides these, her body measurements are 34-25-34 inches.

Jay Cutler Opened Up About His Dating Life After His Divorce With Kristin Cavallari!