Kristin Cavallari confirms divorce from husband Jay Cutler through Instagram! How much is Kristin’s net worth in 2020? 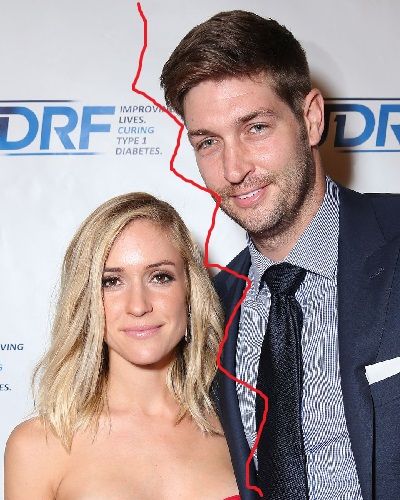 “With great sadness, after 10 years together we have come to a loving conclusion to get a divorce,”

“We have nothing but love and respect for one another and are deeply grateful for the years shared, memories made, and the children we are so proud of.”

It has been 10 years since they are together and now their marriage has come to an end. She tried making their relationship work for a long time but nothing seemed to have worked.

Recently, they enjoyed a trip to the Bahamas, but it’s said the trip was always planned and had nothing to do with the breakup.

“Kristin has talked about [her relationship struggles] on (her TV show) Very Cavallari a lot — she meant everything she said there and kept it very real. She was not happy for awhile.”

Also read Nicki Minaj’s secret marriage to past convict Kenneth Petty! Are they going to divorce? Was there a prenup?

Kristin and Jay started dating each other back in the year 2010. At that time Cutler was playing in Chicago and she was in California. They were in a long-distance relationship for a while.

The couple got engaged in April 2011. But a few months later they broke up and she revealed that they are not going to get married.

“At that moment, something wasn’t right,”

Likewise, she said that some things needed to change. But they got back eventually and married in June 2013. They were going through couples therapy at the time to save their relationship.

Together they have three children. Their first son Camden was born on 8th August 2012. Similarly, their second child Jaxon was born on 7th May 2014. She also gave birth to a daughter Saylor on 23rd November 2015.

How much is Kristin Cavallari’s net worth in 2022?

Kristin has an estimated net worth of $30 million. She has worked on MTV reality shows Laguna Beach and The Hills. She also appeared on the 13th season of the hit show “Dancing with the Stars” in 2011, partnering with two-time champion Mark Ballas.

Cavallari has her reality show named Very Cavallari which premiered on 8th July 2019.

Also read Justin Theroux had a dainty date this self-quarantine! How much is his net worth in 2020?

Kristin Cavallari is an American TV personality, actress, fashion designer, entrepreneur, and author. She shot to fame with the reality TV show ‘Laguna Beach: The Real Housewives of Orange County’ which revolved around the lives of a group of teenagers and young adults from Laguna Beach. Read more bio…