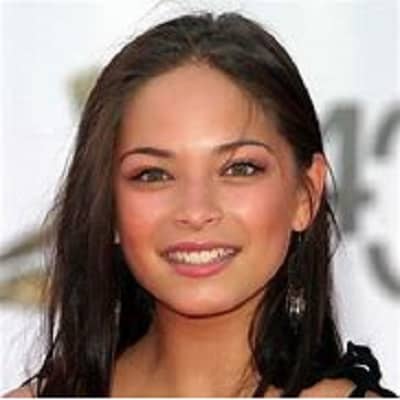 "When you have worked this hard to get this far, don't let up because you finally got here. Finish with your heart and fulfill this moment the way you have dreamt of it for so long

Just because I don't do bad things doesn't mean I don't have bad thoughts.

Kristin Kreuk is in a relationship with actor Mark Hildreth. They began dating each other in 2004. Unfortunately, they split due to their hectic schedules and long-distance.

Similarly, she has been involved in the NXIVM controversy. This NXIVM is a multi-level marketing company that she and her co-star Allison Mack joined. However, she has left the group in 2013 and has not witnessed any illegal activity.

Who is Kristin Kreuk?

Kristin Kreuk is a Canadian actress and film producer.

Further, she is well-known for her roles in television shows and feature films like ‘Small Ville,’ ‘Beauty & the Beast’, ‘Euro Trip’, ‘Partition,’ and Street Fighter: The Legend of Chun-Li.

She was born on 1982, December 30, in Vancouver, British Columbia, Canada. Likewise, she holds Canadian nationality and belongs to mixed ethnicity (Chinese & Dutch).

Talking about her parent’s details, her mother’s name is Deanna Che who is of Dutch descent and her father’s name is Peter Kreuk who’d is of Chinese descent. She has a younger sister, Justine Kreuk.

Focusing on her education, she trained in Karate and gymnastics at the national level until high school. Then, she joined Eric Hamber Secondary School.

Initially, she began her career on television by appearing in the CBC television series ‘Edgemont’ and ‘Snow White: The Fairest of Them All’ in 2001.

After that, she was signed for the role of ‘Tenar’ in the Sci-Fi Channel miniseries ‘Legend of Earth sea’ in 2004. She got a chance to audition for the character of ’Lana Lang’ in the WB Network series ‘Small vile.’ Likewise, she made her debut in ‘Fiona,’ the love interest of the male protagonist, in the film ‘Euro Trip’.

Moreover, she has appeared in a number of shows like ‘Chuck’ and television movies like ‘Ben Hur’ between 2009 and 2010. Then, she played the role of the lead female character. In 2018, she became the main cast of the Canadian legal drama series Burden of Truth’. Besides that, she has served as an executive producer for the show.

Apart from that, she appeared in the film ‘Partition,’ where she played the role of Naseem.

While going through her awards and achievements, she was nominated for several awards such as Leo Awards, Saturn Awards for Best Actress in a Television series.

In 2014 & 2015 she won the People’s Choice Awards for Favorite Sci-Fi/ Fantasy in TV Actress for her work on Beauty &The Beast. Likewise, she won Rookie awards for the Canadian Award of Distinction for her work on Burden of Truth, Euro Trip, Small Ville.

Her net worth is estimated to be $7million who has garnered a good sum of money through her profession.

The gorgeous lady has 5 feet 4 inches tall and her weight is around 52Kg.

Aside from that, she has a fair complexion and has prominent cheekbones. Furthermore, her hair color is dark brown, and has hazel-colored eyes.