Kristin Lehman is a Canadian actress, producer, and director. Kristin starred as Detective Angie Flynn in the CTV series Motive. She is married to Adam Reid.

Kristin Lehman’s relationship status is married to Adam Reid since May 19, 2007. Adam is a Canadian actor, writer. and Filmmaker.

Kristin and Adam have a son.

She is a big-time foodie and loves to try different cuisines. 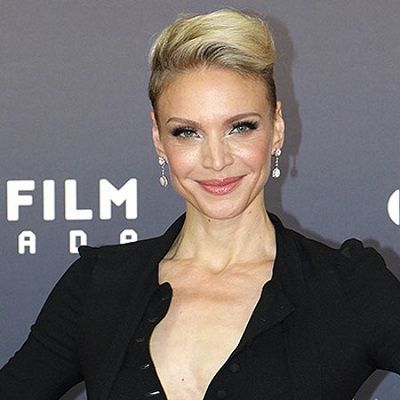 I injured myself quite badly when I was seventeen. I broke my ankle, and it didn't heal in such a way that I could keep dancing at the level I wanted to. It wasn't like, 'Oh my god, I'll never play the violin again.' I could, but not at the level I wanted. So, I segued into acting, the other thing that was also meaningful to me.

I didn't expect to feel pathos for the villains in our show. I feel quite moved in several of our episodes

I never realized that a show like Motive (2013) which aims for a broad appeal, could have that sort of emotional impact.

Who is Kristin Lehman?

Kristin Lehman is a Canadian actress, producer, and director. Kristin starred as Detective Angie Flynn in the CTV series Motive.

She won a Best Lead Performance at Leo Award by a Female in a Dramatic Series.

She has also appeared in several successful movies, including The Chronicles of Riddick, The Way of the Gun, and The Sentinel.

Kristin Lehman was born on May 3, 1972, in New Westminster, Canada, and raised up in Vancouver. She is a Taurus.

She was trained in classical ballet at Canada’s Royal Academy of Dance for eight years.

Kristin Lehman has been professionally active in the field of acting since 1995 and has appeared in numerous movies and TV series.

Lehman made her movie debut in 1996, playing the role of Florence in the adventure survival film Alaska.

She also became a regular cast member for a year from 1998-to 99 in the Showtime horror series Poltergeist: The Legacy. She went on to appear in the short-lived ABC medical drama Strange World.

She played recurring roles in Felicity and Judging Amy.

She appeared as a guest on many shows, including The Twilight Zone, The Outer Limits, Andromeda, Kevin Hill, Prison Break, and Castle. Her movie credits include Bleeders 1997, The Way of the Gun 2000, The Sentinel 2006, and The Loft 2013.

Lehman’s recent work includes Rogue, Ghost Wars, and Altered Carbon. Besides that, being an actress, she is also a dancer.

She has an estimated net worth of around $14 million US.

As an American actress, she has an average salary of $86,502 US and above.

She won the Best Lead Performance at Leo Award by a Female in a Dramatic Series.

She has blonde hair and blue eyes, her height is 5 feet 6 inches, and weighs 55 Kg.