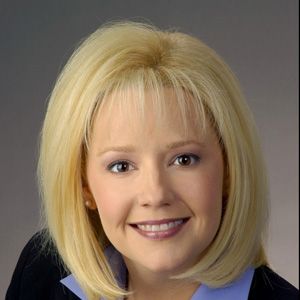 As of now, there is not any information about her married life and children. So far, Kristina has kept her all personal life so private that no one is aware whether she is married or single. The beautiful meteorologist has not seen with anyone in the public and media. Moreover, there are not any rumors regarding her married life and affairs. Currently, her personal life is too secret as her marital status is still unidentified.

Who is Kristina Abernathy?

Kristina Abernathy is an American meteorologist. Initially, she has worked as a meteorologist at The Weather Channel from 2000-2009. Furthermore, Kristina served as the Blogger and Social Media Manager at Modern Elegant. In addition, she has also worked in Cobb County as a Communications Coordinator.

Kristina was born on May 23, 1970, in Albany, New York, United States. Talking about her childhood and early life, there is not any information regarding it. Concerning in her education, Kristina attended the University of North Carolina at Asheville and gained a degree of B.S., Atmospheric Science. Later, she completed her graduation in Landscape Horticulture and Writing for Business and Marketing from Kennesaw State University.

Kristina began her career as an On- camera Meteorologist at The Weather Channel in July 2000. She has worked there for almost nine years. At that time in The Weather Channel, Kristina regularly provided life-saving information during weather disasters. Furthermore, she has also served as a travel correspondent for prime time magazine program Atmospheres. Additionally, the host has also made guest appearances on MSNBC with Brian Williams, ABC News Now, and the Golf Channel.

Apart from television, Kristina has worked as the Blogger and Social Media Manager at Modern Elegant for more than seven years. Moreover, she has also served as a Communications Coordinator in Cobb County. In 2015, Kristina moved to Cobb Energy Performing Arts Centre and worked there for nine months.

Being a journalist and coordinator, Kristina earns a decent amount of money. However, there is not any information regarding her net worth and salary.

So far, she has not won any awards. However, her works have been appreciated and loved by her fans and many people from all around the world.

So far, there are not any drastic rumors regarding her personal and professional life. Moreover, Kristina has not been dragged into any controversy. It seems she is too far from any controversy.

There is not any information regarding her height and weight. Furthermore, Kristina has beautiful brown eyes and gorgeous blonde hair.

Kristina is not active on social media. She doesn’t hold any social accounts such as Facebook, Twitter, and Instagram. So far, she has maintained a distance from the social media.