Kristina Anapau is an American actress, producer, and writer. She has been married to her boyfriend, Nathan Pierce. 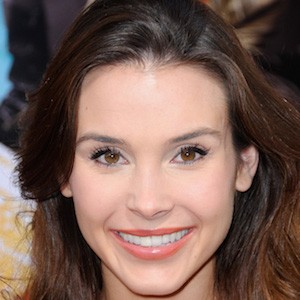 What is the relationship of Kristina Anapau?

Kristina Anapau is a married woman. She has been married to her boyfriend, Nathan Pierce since December 4, 2018. Her husband Nathan is not a renowned personality. The couple has not welcomed any children yet. The couple is spending quality time with each other and their marriage life is going smoothly till date.

Who is Kristina Anapau?

Kristina Anapau is an American actress, producer, and writer. She is best known for her role as Maurella on the HBO series ‘True Blood’ and as Galina in the 2010 film ‘Black Swan’.

She plays the piano very well. Kristina wanted to become a classical ballerina initially before stepping into acting. She takes Audrey Hepburn and Grace Kelly as her inspiration and stated that she would like to work with actor James Franco.

Kristina holds American citizenship but ethnicity is a mix of German, English, and Irish.

She studied classical ballet, music, and theater. Kristina graduated from high school at the age of 15 and joined the University of Hawaii. She holds a Bachelor of Science degree from Skidmore College in New York with a major in Performing Arts and a minor in Art History.

Kristina Anapau was discovered by a talent agent and encouraged to audition for the film ‘Escape from Atlantis’ in 1997. Then, she landed the character of Katrina in the production and at the request of the film’s director, Strathford Hamilton. After that, she relocated to Los Angeles.

Kristina appeared in several productions such as ‘Madison’, ‘100 girls’, ‘The Opposite Sex’, ‘Once and Again’, etc. She joined the group ‘3G’s’ at the age of 20, which is a group of three girls and landed a recording contract with Hollywood Records. She has made her appearances in ‘House’, ‘M.D’. ‘CSI: NY’, ‘Without A Trace’, and ‘Knight Rider’.

She made her appearance on the NBC show ‘Grimm’ in 2012, and starred as Theresa in the 2014 paranormal feature ‘Altergeist’. After that, she appeared as the faerie Maurella on the episode of ‘True Blood’ in its fourth season and later reprised the role in four episodes of the fifth season.

She won Copper Wing Award in the category Best Ensemble for ‘Self Medicated’ in 2006.

She must have earned a lot of money from her career but she has not disclosed her salary and income. As of 2022, she has an estimated net worth of $1.5 million.

There was a rumor that she was dating a writer and producer, John Kerwin but neither of them have talked about the rumor.