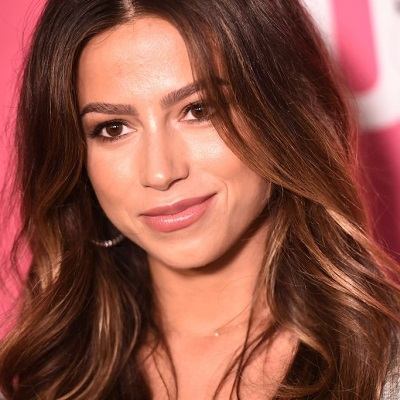 I am choosing to love myself as deeply as I love others.

I am learning to trust that I am worthy of my own tenderness.

Previously, she has been in a relationship with Dean Unglert. Unglert one of the star of the reality show, Bachelor in Paradise. They both look very close together while they are in this show. However, they broke up. She also posted on her Instagram that a relationship with Unglert was bad timing.

Once there is a rumor that she is dating Tyler Cameron. They also have been spotted having dinner together in someplace. Later, She denied that rumor is false. She also said that they are not even that close to being in a relationship.

Who is Kristina Schulman?

She is best known for her appearance in the TV reality show, The Bachelor and Bachelor in Paradise.

As of September 22, 2019, she gave an interview with Lauren Zima, talking about season six finale taping of ‘Bachelor in Paradise’.

Kristina Schulman was born on November 16, 1992, in Russia. Her birth sign is Scorpio.

She graduated from the University of Kentucky, Lexington, KY, United States. Then she started working as a dental hygienist.

She has not disclosed any information about her family member.

In 2017, Schulman appeared in the TV reality game-show, The Bachelor, in the 21st season of ABC’s. This show is created by Mike Fleiss. This is a reality show where a single bachelor dated multiple women over several weeks, to find his true love.

In the same year, she cast in the romantic reality show, Bachelor in Paradise, Season four. This is a platform where Contestants from the Bachelor and Bachelorette reality show, get another opportunity to fall in love again.

In addition, she appeared in several other series such as The Ellen DeGeneres Show, The Bachelorette.

Schulman has 775 k followers on Instagram. He has more than  400 posts on his Instagram wall. He followed a different personality like Hannah Ann, Kobe Bryant, Adam Sevani, Gabelle Caunesil Pozzoli, etc. Schulman gained these massive followers because of her regularity and beautiful photoshoot pictures. She liked to visit different places and hang out with her friends. She also captures every movement of her life and post on her Instagram.

Schulman’s net worth is approximately $500 thousand.

She is a TV personality and her average salary is around $45 thousand.

Recently, she has not been in any rumors and controversies.

Schulman has dark brown eyes and brown hair. Her height is 5 feet 1 inch and weight is 50 kg.