Kristina Sunshine Jung is infamous as the daughter of the drug peddlar. Kristina's romantic life is low key. 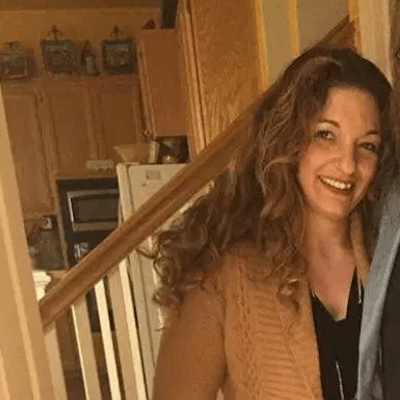 Kristina was rumored to be married to Romain Karan. However, there is no confirmed news whether they were really married or it was rumored.

There is not much-known information about her husband and children. They have a daughter named Athena Romina Karan. It is not known if they are still together. Kristina now lives in California.

Who is Kristina Sunshine Jung?

Kristina Sunshine Jung came to the limelight as the daughter of a famous drug smuggler, George Jung, and the mother’s name is Mirtha Jung. The popularity now she gained was due to her and her relationship with her father.

The drama movie “Blow”, based on George Jung’s life, depicts an unhappy ending between father and daughter.

Kristina Sunshine Jung was born on August 1, 1978. Her parents were involved in drug abuse and smuggling. So, her childhood was very difficult in comparison to other children grown in such a family background.

Her father, George Jung was a drug addict who used to smuggles vast quantities of cocaine into the US, and was very difficult to keep the distance of drugs. He was always jailed a number of times. Even after her birth, he continued drug smuggling and didn’t get out of trouble.

Her mother Mirtha Jung, was also a drug addict. She was previously spent jail time a number of times and also even spent jail time after her birth. She stopped using drugs in 1981 when Kristina was around 3 years of age.

In 1984, Kristina’s parents were separated and legally divorced each other. She never has a normal childhood as she lived separated from her father. Actually, she didn’t get a chance to know him or love him. Her grandparents and her auntie took responsibility for her upbringing.

Kristina’s educational history and the university where she had studied are unknown.

Kristina has debuted in the movie ‘blow’ in 2001. The relationship between her and her famous father, George Jung was depicted in the 2001 movie “Blow.” The movie shows an unhappy ending between father and daughter where his father is an old man in prison and imagines that his daughter finally came to visit him.

This has caused many fans to sympathy moments and wondering what actually happened in their real life. So, Kristina was popularised from that time.

Kristina Sunshine Jung is a writer and poetess as found by the post on her Facebook page. She has remained out of the public eye since her father’s imprisonment and it hasn’t been updated since 2014. She even hasn’t used her actual photo too. She keeps her life private and much information about her isn’t gained. It is heard that she is also working on a book based on her mother which is expected to be released soon.

Her father George Jung was released from prison in 2014. His father then started to work with her daughter and he loves her a lot. So, they started working together on their new family business George Boston Apparel and Merchandise, Inc.

Kristina hasn’t received any of the awards yet. She becomes famous due to her relationship with her father and her achievement is also unknown.

According to some sources, Kristina’s net worth is around $150k. She is now living with her husband and children in a lovely house in California. Leaving all the illegal activities behind her dad has started a business where Kristina gives an extra hand, which will increase her net worth shortly.

Kristina Sunshine Jung’s childhood was not a normal childhood as both of her parents were drug addicts and they often went to jail. And when she was 17 years of age, her parents divorced.

Kristina is 5 feet 5 inches tall. She has got brown colored eyes and blonde colored hair. Her weight, dress size, shoe size, et is not known.