Kristy McNichol is currently taken. She came out as a lesbian in 2012 and is dating a girl named Martie Allen. Her girlfriend is a former TV personality.

This couple started to date each other in 1990 and is still going strong. 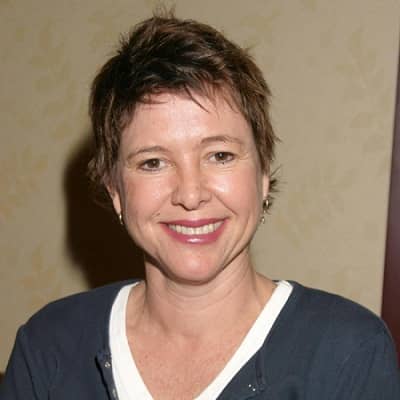 Who is Kristy McNichol?

Kristy McNichol is an actress, comedian, producer, and singer who is now retired. She is popular for appearing in a series Family as Buddy.

She is also notable for her roles in Little Darlings, Empty Nest, and The Pirate Movie.

This star was born on 11 Sep 1962, in LA, California, USA. She belongs to Irish-Lebanese ancestry.

Moreover, her academic history is not published.

Kristy McNichol as an actress and has appeared in several TV and film projects. She first appeared in an episode of Love, American Style. Then from 1974-1975, she played the role of Patricia in Apple’s Way.

Her major character of Buddy in the Family (1976-1980) series made her a popular star. For this, Gloden Globe and Emmy Primetime Awards nominated her. In 1998 she appeared for 13 episodes in Invasion America.

Apart from acting, Kristy is also an amazing singer. She is associated with music albums like The Pirate Movie (1982) and The Night the Lights Went Out (1981).

In June 2001, this actress made an announcement of exiting from the entertainment industry. She has served a total of 24 years as an artist. She is now doing charitable works and used to teach acting at a private school.

As for scandals, nothing much about this former actress is known. So, she is also not surrounded by any rumors and is doing great.

This actress has an estimated net worth is $4 million US. But an actress receives an average salary of $91k per year.

As per the sources, her partner, Martie has a net worth of $7 million.

Talking about Kristy McNichol’s body features, she has light brown colored eyes and dark brown hair. As per the sources, her body length is 5 feet 4 inches but her body mass is 53 kg.