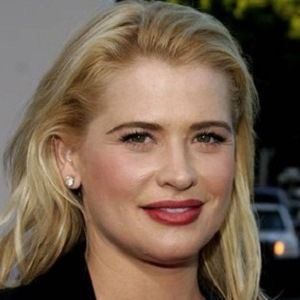 I won't date a guy who doesn't own a toolbox. I'm not saying you need to be able to knock down a wall or build a house or anything like that. But I've been out with a couple of guys who didn't own toolboxes, and they couldn't even change a light bulb

Kristy Swanson is a married woman. She started dating actor Alan Thicke in 1986 when she was 17 years old and became engaged to him two years later when she was 19 and he was 42. However, the pair never married.

Moreover, she had an extramarital affair with her Skating with Celebrities partner Lloyd Eisler during the show’s run. At the time, Eisler was still married to but separated from, his wife Marcia O’Brien, who was pregnant.

Then, a month after Eisler divorced O’Brien, the couple has a son, Magnus Hart Swanson Eisler. The couple married on February 7, 2009.

Who is Kristy Swanson?

Kristy Swanson is an American actress who is known for her portrayal of Buffy Summers in the 1992 cult film Buffy the Vampire Slayer and the 1996 cult film The Phantom.

She also starred also in several teen films, including Pretty in Pink (1986), Ferris Bueller’s Day Off (1986).

Kristy Swanson was born in Mission Viejo, California, the United States on December 19, 1969, and she is currently 49 years old. She is the daughter of  Robert Swanson (father) and Rosemary Swanson (mother).

In addition, both of her parents are former physical education teachers. Then, at the age of nine, she also expressed interest in acting to her parents and began pursuing roles in television commercials.

She has a sibling namely, Rob Swanson Junior. She belongs to American nationality and mixed (Swedish- German- Scottish- Irish) ethnicity. Her birth sign is  Sagittarius.

She began her acting career in a season one episode of ‘It’s Your Move’ in 1984. Then, two years later, she also landed her first big-screen role, in John Hughes’ ‘Pretty in Pink’.

While she did not have any line in the film, she clearly made a mark on the audience. Besides that, she also worked with Hughes again in ‘Ferris Bueller’s Day Off’.

Additionally, she also portrayed the character, Becky, in the 1988 TV movie ‘Nightingales’ and NBC’s short-lived medical drama series of the same name.

Likewise, in 2006, she also became the winner of Fox’s celebrity reality show ‘Skating with Celebrities’. Similarly, in 2018, she also worked in two TV movies, ‘Bad Stepmother’ and ‘Winter’s Dream,’ and a feature film, ‘Killer Under the Bed’.

In addition, she won Young Artist Award for Best Young Actress in a Horror or Mystery Motion Picture for Flowers in the Attic (1987).

There is no information regarding her income, salary. Whereas, her net worth is estimated to be around $ 5 million according to the sources.

There was a rumor that she was just 17 years old and fell for the late actor Alan Thicke.

The pair started dating for a couple of years and eventually engaged when she was at the peak of adolescence, nineteen years old while Alan Thicke was forty- two years old. She is far from rumors and controversies.

On talking about her body measurements, Kristy has a height of 5 feet 6 inches. Additionally, she weighs is 62 Kg. In addition, she has a measurement of 35-24-35 inches respectively. Furthermore, her eye color is dyed blonde and her hair color is light brown.

Also, read the affair, salary, the net worth, controversy, and the bio of  Erica Rose, Traci Bingham, Zulay Henao