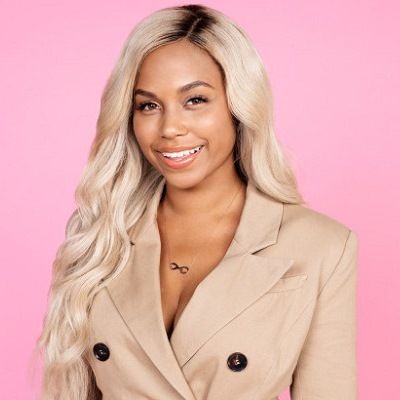 Cheyenne was married to actor Cory Wharton. Cheyenne and Cory met during the shooting of the show, The Challenge. They have given birth to a daughter named Ryder.

Ryder has a genetic medical illness. It is called VLCAD or Very-long-chain acyl-CoA dehydrogenase deficiency. It afflicts one in 30000 people.

In this, the body cannot metabolize fats properly and produce energy from it. Cheyenne has used the show platform to talk about it and make people aware of the condition.

Ryder gets often hospitalized as part of the management of this incurable health condition.

Who is Cheyenne Floyd?

She started her career as a reality star from the third season of MTV’s show Are You the One? in 2015.

She was cast member on the MTV reality game show’s 28th series of The Challenge: Rivals III.

Her father is Kyle Floyd and mother, Theresa Floyd, of all- American ancestry.

Currently, she is pursuing a Bachelor’s Degree in Public Relations from Hampton University, Hampton, Virginia, the United States.

She made her MTV debut in 2015 on Are You the One? season 3. As the title suggests, the show helped singles find “the one.”

Cheyenne and her sister thought it was worth a try, as she was intrigued by the opportunity to appear on MTV. Guess what? She was cast for Are You the One?

Apart from that, she has a clothing boutique, TheRuu, which is named after her grandmother Ruby. This is a range of fitness wear and lingerie.

Her business has been very successful, so appearing on three MTV television series is not her first experience of success in her career. Her fashion range is predominantly sold online.

She is also active in charitable events and organizing events to support differently abled children.

Floy has her own YouTube channel about being a mom called Raising Ryder. Her ex, Cory Wharton, often appears in her videos as the pair still spend time together as they are co-parenting their daughter.

Even though Wharton is involved, Floyd is the manager of the channel. She is very open about her experiences as a mother on the channel, and even describes her 26-hour labor in detail.

Following the description of the birth, the video clip shows Cheyenne spending her first moments with her daughter. Another event shown on the channel is Wharton and Floyd taking Ryder to meet his side of the family for the first time.

Her online interest is a blog called Raising Ryder K. She uses this to write accounts of her experiences of motherhood, and she always aims to write a true account.

Floyd likes to get involved with charities and has volunteered for many organizations. She volunteers at Los Angeles Mission and Midnight Mission.

She also mentors young women through Girls Inc. and works with children with a disability at Kids Enjoy Exercise Now.

Floyd once visited Nicaragua on a mission trip to mentor local children and renovate buildings. Finally, she has regularly organized fundraising campaigns, including toys and clothes drives.

Despite her busy lifestyle as a reality television star, a business owner, and a mother, Floyd has continued to volunteer for charities.

She has an estimated net worth of around $1m US. As a social media personality, her earning is $50,468 US and above.

She receives $15k-$20k per episode from reality television shows. Apart from that, she owns a clothing store which has helped her earn income to elevate her lifestyle.