Krystal Bee is an American radio personality. She is in a relationship.

Krystal Bee’s relationship at present is taken. She is dating a guy whose IG username is djecho and they are also engaged.

On 20 March 2021, she shared a picture of herself with her fiancee and showed the ring to the fans. 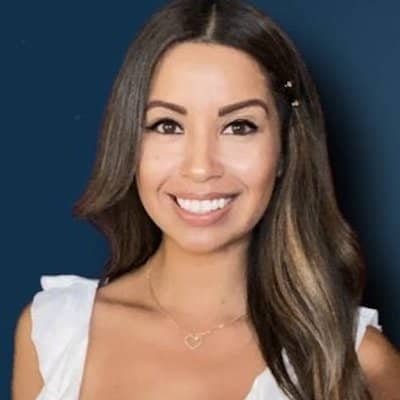 Who is Krystal Bee?

Krystal Bee is an American radio personality. The public noticed her for her work at California’s Power 106 FM.

In addition, she also works with networks like MTV and NBC.

She was born as Krystal Bianca Guzman on 08 June 1989 in Los Angeles, California, USA. The name of her mother and her father is unknown.

Krystal’s ancestry is Latina and talking about her academics, she attended Schurr High School and California State University.

Krystal Bee started her career by interning at Power106 at its sales department and then she joined the station and their employee. Here she hosted The Cruz Show and later she got her own show which airs from 10 am to 3 pm.

As of 2022, her estimated net worth is around $100 thousand US. However, her salary and other earnings are unknown.

This radio star is keeping herself away from rumors and is also not surrounded by any desperate scandals.

Regarding Krystal Bee’s body features, her height and her body weight are average. Moreover, her eyes are brown, her curly hair is dark brown, and has a fair skin complexion.

Krystal is available on social sites. Her Facebook has more than 72k followers.