Kulture Kiari Cephus is the daughter of rappers Kiari Cephus and Cardi B of Trinidadian, Spanish, Dominican, African ethnic backgrounds.

Born with a silver spoon!

At such a young age, Kulture Kiari Cephus has traveled to so many different places including Mexico along with her parents. They go on tours and vacations. Cardi keeps posting the pictures with her while flying.

She has a blingy diamond bracelet on her name.

Kulture is a fashionista as her mother has a love for fashion and expensive stuff! She has a floral-print tracksuit, the jacket costs $490, while the pants are $195. 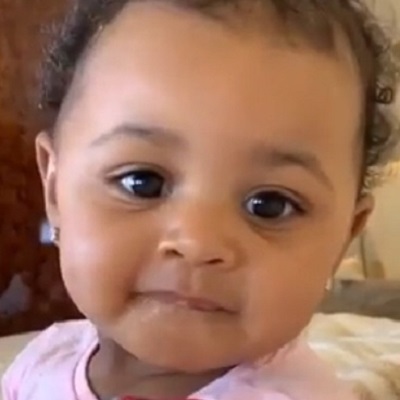 Who is Kulture Kiari Cephus?

Kulture Kiari Cephus is the daughter of rappers Kiari Cephus and Cardi B of Trinidadian, Spanish, Dominican, African ethnic backgrounds.

She was born on July 10, 2018, in Atlanta, USA. Kulture’s half-siblings are Jordan Cephus and Kody Cephus. Her parents separated after a year of their marriage that is in 2018.

Her mother, Cardi B is also a famous singer who has done very famous music albums. She has made her appearance in the VH1 reality television series ‘Love & Hip Hop: New York’. Moreover, her mother is also the Grammy awards winner and many other reputed awards like American Music Awards, and so on.

Her father, Kiari has an estimated net worth of $4 million.

Whereas her mother has a net worth of $8 million.

Passing on culture from mother to her daughter- Cardi B’s Daughter Kulture Kiari Cephus Is Already a Fashionista!