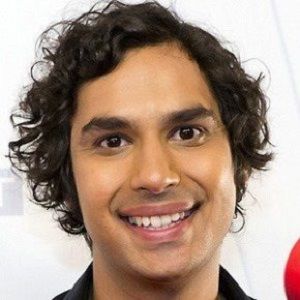 IF WHAT YOU WANT HAPPENS, GOOD. IF IT DOESN’T HAPPEN, VERY GOOD.

Every person has a different journey. But no one has an easy one.

Because words are powerful

they can hurt and wound, and one word can lead to a thousand horrors. So don't forget to be impeccable with your words.

Kunal Nayyar is a married man since a long time. He is married to the Miss India 2006 winner, Neha Kapur. There is no information about their dating history. Kunal and Neha got married on 22 December 2011. There is no any record of their children till now. They have been married for over five years now and their relationship is still going very well.

Who is Kunal Nayyar?

Kunal Nayyar is a British actor and writer. He is best known for his role as Rajesh Koothrappali on the hit CBS series, The Big Bang Theory. He is also popular for voicing the character Vijay on Sanjay and Craig.

Kunal Nayyar was born on 30 April 1981, in London, England, UK. He is of British nationality and belongs to a British-Indian ethnicity.

He is the son of Punjabi Indian parents Rakesh Nayyar and Heita Nayyar. He was brought up in New Delhi, India when he was a child.

He attended St Columba’s School in New Delhi, where he played badminton for the school team. In 1999, he moved to the United States to attend the University of Portland, Oregon to pursue a Bachelor of Science degree in Finance. He then attended Temple University in Philadelphia, Pennsylvania, where he received a Master of Fine Arts in Acting. After participating in the American College Theater Festival, Nayyar decided to become a professional actor.

Kunal has been an active member in the industry since 2004. After university graduation, he began working on American television ads and plays on the London stage. He first gained attention in the US for his role in the West Coast production of Rajiv Joseph’s 2006 play Huck & Holden.

In September 2015, Nayyar published a book about his career journey, Yes, My Accent is Real. In 2016, he voiced Guy Diamond in the animated movie Trolls. He also voiced the lead character Vijay on Sanjay and Craig.

Kunal Nayyar has a salary of $800 thousand/episode with The Big Bang Theory and he has accumulated a net worth of 25 million dollars.

Rumors are that Kunal and Neha are expecting their first child. Currently, there are no other desperate rumors regarding his personal and professional life. It seems he is doing best job without harming others and has been a straight person in his life, for which he has not been in any controversy yet.

Kunal has a height of 5 feet 8 inches and he weighs around 63 kg. His eye color is brown and hair color is black. Other information on Kunal’s body measurement like shoe size, chest size, etc, is not available.