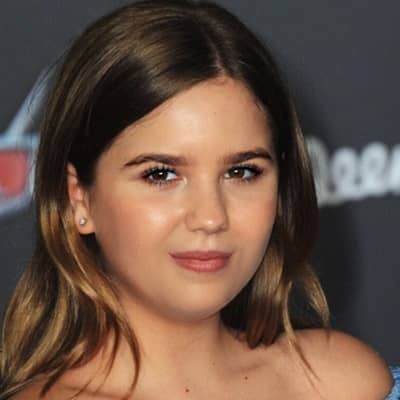 What is the relationship of Kyla Kenedy?

Kyla Kenedy’s current relationship status is possibly Single. At the moment, she is focused on her career rather than being in a romantic relation.

So, in the future days if she introduces anyone as her boyfriend or lover then we will update it.

Who is Kyla Kenedy?

Kyla Kenedy is an American Actress. She is known for her roles as Izzie on the television film ‘Raising Izzie and Mika Samuels on the AMC horror series ‘The Walking Dead’.

The actress on born on February 4, 2003, in Charleston, South Carolina. She holds an American nationality and belongs to Caucasian ethnicity. Her Zodiac sign is Aquarius.

Kyla Kenedy keeps her personal life secretive including her father, mother, and siblings. However, her parents are so supportive of her career and currently, she lives in Los Angeles, California with her parents.

Also, information on her academics is kept in the dark at the moment. She might be in her high school.

Kyla Kenedy started her career as a child actress at the age of 8. She made her debut in a TV series, CSI: Crime Scene Investigation in the role of Fiona Chambliss in 2011. In the same year, she also appeared in the film, The Yellow Wallpaper.

In 2012, she features in the television film, ‘Raising Izzie’ in the role of Izzie. The role helped her to emerge the career and get the limelight from the media.

From 2013-2015, Kenedy appeared as Mika Samuels in AMC’S The Walking Dead alongside Andrew Lincoln, Norman Reedus, and Lauren Cohan.

Similarly, she appeared in several films and television series include Reality, Love is all you need, Speechless, Chicago P.D, The Night Shift, and more. Recently, she is portraying the main role of Orly Bremer NBC’S series, Mr, Mayor.

In 2013, she won the Young Artist Awards for Best Performance in a TV and Movie-Leading Young Actress.

Until now, she has not surrounded by any sorts of rumors and scandals that create a headline in the media.

Currently, Kyla Kenedy has not disclosed her net worth. As of 2019, The actress’s net worth is around $2.5 million. Nevertheless, she has worked in numerous film and TV series from where she earns a good net worth and salary.

The actress is 5 feet 6 inches tall approximately and her weight is around 45kg. Likewise, she has blonde hair color and her eyes color is dark brown.