Kyla Pratt hosts Fox TV's 9/8c on Thursdays. She is married and a mother of two. 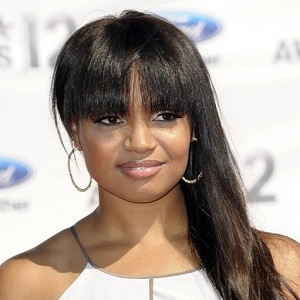 I'm all about your mindset, being focused, staying positive, being optimistic, and knowing that these are all aspects of my life that I love and enjoy

I think the main thing that I've learned while working on 'Let's Stay Together' is how to balance mommyhood and working.

Then she started dating Dann Kirkpatrick who is a songwriter, hip-hop, and tattoo artist from 2005. The relationship between them went great and finally, the couple got engaged in April 2011 after dating for 5 years.

The couple got married and been blessed with two daughters. She gave birth to her first daughter Lyric Kai Kirkpatrick on November 17, 2010, and her second daughter Liyah Kirkpatrick on August 5, 2013. The couple is living a happy married life without having any extramarital affairs.

Who is Kyla Pratt?

Kyla Pratt is an American actress as well as a singer who won a ‘Nickelodeon Kid’s Choice’ Award for ‘Favorite Rising Star’. She is mostly known for her Maya Dolittle, Eddie Murphy’s daughter in the film ‘Dr. Dolittle’ and its sequel ‘Dr. Dolittle 2’. She is also known as Breanna Latrice Barnes in ‘One on One’, as Keri Diamond/Dumpin in ‘Hell on Earth’, and as Tia Jiles/Kingston in ‘Secret She Kept’.

Born as Kyla Alissa Pratt in Los Angeles, California, the USA on 16 September 1986. Her nationality is American and ethnicity is Afro-American.

Kyla Pratt was born as the eldest of five children to a school teacher Kecia Pratt-McCullar(mother) and a semi-professional basketball player Johnny McCullar(father). Johnny McCullar is her stepfather. 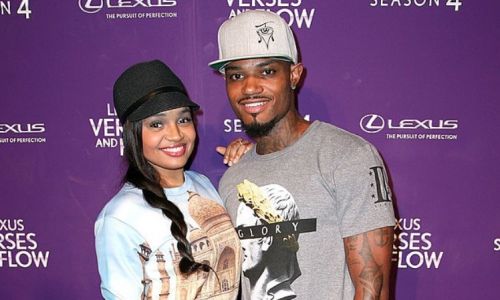 She was brought up as Christian by religion. Being very sweet and helpful personality, she brings out the positive vibe in the surrounding.

At the age of 8, Pratt has started appearing in the commercials for an interactive computer game and Nike. She has been active in the acting field since 1993 and till today she is currently active. On 1997, she appeared as Jenny Baker in the television movie ‘The Riot’ which is based on Los Angeles Riot of 1992 and beating of Rodney King.

In 1999, she won the Nickelodeon Kid’s Choice Award for ‘Favorite Rising Star’.Her career took on a successful path when she got a role as Maya Dolittle, daughter of Eddie Murphy (Dr. Dolittle) in 1998 fantasy comedy ‘Dr. Dolittle’. Then again she also starred in Dolittle 2. Afterward, she got a role as Breanna Latrice Barnes on UPN sitcom ‘One on One’.

During her time in ‘One on One’ she even voiced Penny Proud, the lead character in the Disney Channel Animated Series ‘The Proud Family’. Apart from that, she had appeared in other numerous film and television series including ‘Let’s Stay Together’, ‘Recovery Road’, ‘More than Puppy Love’, ‘Secret She Kept’ and much more.

Besides her acting career, she is also a singer. She performed a cover version of ‘Circle of Life’ which appeared on Disney Mania 2 album. She also sang ‘It’s All About Me’ for the series soundtrack ‘The Proud Family’ and ‘A Dream Is A Wish Your Heart Makes’ with Disney channel stars.

Although her salary has not been disclosed, her net worth is said to $3 million.

Previously there was a rumor on Kyla Pratt to be pregnant which she confirms to be true.

Moving towards her body measurements, she has a good height of 5 Feet and 4 Inches (1.63m) with bodyweight 52kg. She has the well-shaped body of 34-25-35 inches. Her bra size is 34B. Her eye color is black and her hair color is also black.

Also know more about the early life, career, net worth, relationships, and controversies of other actresses and singer including Sandra Bernhard, Andrea Bowen, Brandy Norwood, Andrea Deck, and Nazanin Mandi.