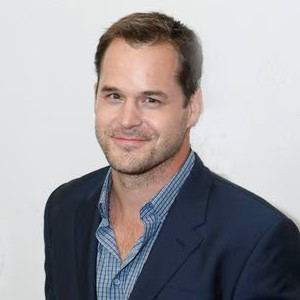 In high school, I tried to cook dinner for a girl, and it was horrific. It was at her house. I was trying to make pork chops with my mom's recipe, just trying to be Mr. Awesome, like, 'Yeah, I cook, too.' But I just burned everything. There was smoke everywhere

Even when they have a star that they're going after, casting directors love, if anything, just the excuse to see people. They like to have a dugout full of actors that they can go to.

Kyle Bornheimer is a married man. His wife’s name is Shannon Ryan. The details of their wedding are not disclosed.

This couple is blessed with two children.

Who is Kyle Bornheimer?

Kyle Bornheimer is an American actor known for his role as Sam Briggs the series on the American sitcom Worst Week on CBS and his recurring role as Jack on Hulu’s Casual.

He is also known for his recurring roles on Brooklyn Nine-Nine and Playing House.

Kyle Bornheimer was born on September 10, 1975, in Mishawaka, Indiana, the U.S. His nationality is American and ethnicity is mixed(German, Northern Irish, Luxembourgian, Irish, Scottish, English).


Bornheimer attended his high school at “Marian High School” in his native Indiana, Mishawaka, graduating in 1994. He also went to grade school at ST. Monica School in Mishawaka and graduated in 1990.

At the start of Kyle Bornheimer’s Career, he performed with The Curtainbox Theater Company. With a string of national commercials, Bornheimer established an “always on TV” reputation with 30-second spots for such national accounts as Geico, Staples, Coors Light, Imodium, Stanley, and T-mobile.

Landing the lead of Sam Briggs on Worst Week, which has since been canceled, was a breakthrough role for Bornheimer, a newcomer whose short film and TV career had spanned less than five years. Bornheimer was reportedly described by one critic as “the new Bob Newhart”.

Kyle starred with Alyssa Milano on the TV sitcom Romantically Challenged. The series premiered on ABC on April 19, 2010, but ABC officially canceled the series on May 16, 2010. He was also featured in episodes of the TV show Better Off Ted, Breaking Bad, The Office, and Party Down.

More recently, Kyle also starred in the NBC sitcom perfect Couples opposite Olivia Munn, Dave Walton, and Hayes MacArthur and in the ABC sitcom Family Tools with J.K. Simmons and Leah Remini. Both shows were canceled in their first season. In 2016, Kyle was the main character on the CBS sitcom Angel from hell, which was also canceled after one season.

As of all information, there is no personal information about Kyle Bornheimer. Kyle’s personal profile is very low and he has kept that as a secret.

So, Kyle is not so open to the public and hence, he has never been into any kind of rumors relating to affairs and relationship rumors, or any else rumors. Kyle, also there have been no controversies.

There are no pieces of information about Kyle Bornheimer’s body measurements. He has a dark brown hair color and brown eye color.