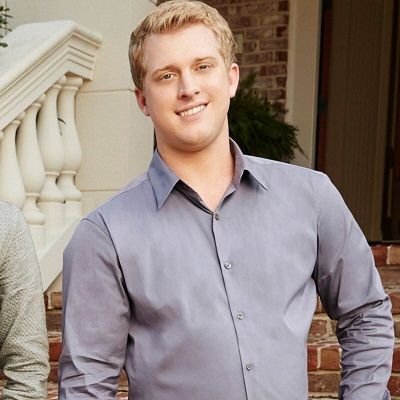 Kyle Chrisley is married to Alexis Whilby-Chrisley. They walked down the aisle in the year 2014. He and his wife are known as the musical duo, Lexi & Kyle Chrisley.

With ex-girlfriend Angela Victoria Johnson, Kyle has a daughter Chloe Chrisley. Chloe was born in 2012. Kyle and Angela are not together as they broke their relationship.

After their breakup, Kyle lost the custody of his daughter and it was given to his father Todd Chrisley. Angela resides in Iva, South Carolina.

Who is Kyle Chrisley?

Kyle Chrisley is a musician and reality TV star. He is known for appearing in the reality series Chrisley Knows Best.

Similarly, Kyle is the son of American businessman Todd Chrisley.

Kyle Chrisley was born on 29th August 1991 in South Carolina. He is the elder son of Todd Chrisley and Teresa Terry. His parents divorced in the year 1996. He has three siblings Lindsie Chrisley, Savannah Chrisley, and Chase Chrisley.

Chrisley has not disclosed about his education.

Kyle was part of the reality show Chrisley Knows Best. It is an American reality television series that aired on the USA Network. Similarly, this show centers around the lives of Georgia real estate guru Todd Chrisley.

Kyle and his wife Alexis released their debut single Shame On You in the year 2014. Their other singles are Outta Here and Country Baby.

The estimated net worth of Kyle is $500 thousand. His father’s net worth is negative $5 million as per Celebrity Net Worth. Todd was involved in a $45 million bankruptcy case involving a real estate empire.

In November 2014, Kyle’s girlfriend Angela revealed that he tried to choke her during her pregnancy. He threw a bottle which hit his daughter.

He was the patient of bipolar disorder. The custody of his daughter was handed to Angela and his father Todd.

Similarly, Kyle was arrested for drug possession of methamphetamine in Okmulgee County Jail.

Kyle has blonde hair and light blue eyes. He is 5 feet 9 inches tall and weighs around 78 kg.