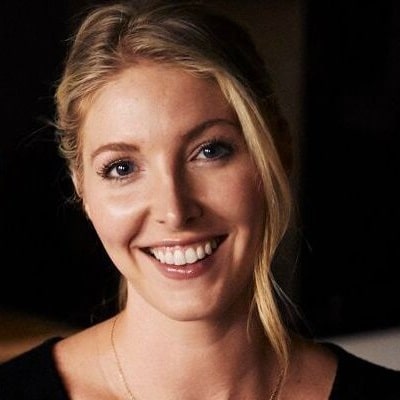 Kyle Godfrey-Ryan is a married woman. She currently lives in New York City with her husband, and two children. However, her husband’s details are unknown. She told that it was during her first pregnancy that Godfrey-Ryan became interested in the health and wellness industry.

Kyle Godfrey-Ryan is an American television personality and entrepreneur who rose to fame after being one of the thirteen women accusing the US news host Charlie Rose of his sexual misconduct. In addition, she is the founder of many health-oriented business ventures including Tune Studio, Conscious Pattern among others.

She was born in the USA but her exact birth date is unavailable. Her parents’ names are not disclosed yet. Also, she has a sibling named Rhett Godfrey (Brother).

She achieved her primary and higher secondary education from Professional children’s School in New York.

Moreover, she studied health, nutrition, and wellness at the Integrative Institute of Nutrition in New York, graduating in 2014.

After graduation, she did a few modeling gigs and then briefly worked at Host Committee.

She joined as an assistant to broadcaster Charlie Rose in May 2003 with whom she worked for over a year. However, she was fired by Rose when she took over his sexual misconduct to the production.

According to Godfrey-Ryan, Rose had often walked naked in front of her whilst she worked for him in one of  New York homes. She also accused that Rose called her more than once to tell her about his fantasy of seeing her swim naked in his swimming pool.

Also, Rose attacked her in front of many people. Then she initially wrote the incident without mentioning her name but later, Godfrey-Ryan took to Facebook to explain why she had decided to allow the Post to publish her name. Godfrey-Ryan wrote that she had initially refused her name to be published because it was not a period of her life that she wanted to revisit. Eventually, after reading other women’s accounts of working with Rose, Godfrey-Ryan bravely agreed to allow the Post to publish her name.

In 2013, she founded Conscious Pattern in 2013 which is an app that was designed to help people connect with health education and put people in touch with nutritionists and alternative-healers. Moreover, in 2017, she founded Tune. Studio, a medical-grade sound healing program that provides “15-minute group sessions that realign the body to its optimal state.”