Kyle Peterson is a married man. In his social account (Twitter) he mentioned that his wife loves him.

He exchanged vows with Julie however, the details of his wedding are unknown. This couple is living with their three children.

They are Teddy, Janie, and Lucy. 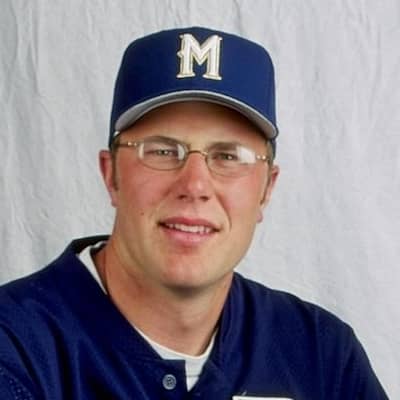 Who is Kyle Peterson?

Kyle Peterson an American ex-baseball player. He is popular for playing as a pitcher for the Milwaukee Brewers.

He used to throw with his right hand but he bats with his left hand. At present, he is working at ESPN as an analyst on SEC Network.

His birthdate is 09 April 1976 and he was born in Elkhorn, Nebraska, the USA as Kyle Jonathan Peterson. The name of his mother and his father name is unknown.

Kyle’s ancestry is Caucasian and as per his academics, he went to Stanford University. From here, he passed out in 2002 with a bachelor of arts degree in communications.

Kyle Peterson started to play baseball while he was in college. During this time, he was named Freshman of the Year in 1995.

He then was selected by Milwaukee Brewers and debuted in the MLB game on July 19, 1999. He made his final appearance on 05 July 2001 and exited from the pitch after the year 2002.

After this, Kyle joined ESPN in 2003 as its expert analyst. He covers and talks about College baseball, Major League, and Little League events.

His net worth is said to be around $500k US as of 2022. However, his salary and other earnings are unknown.

This former Baseball player is keeping himself away from rumors and desperate scandals.

Kyle Peterson’s height is 6 ft 3 inches and his body weight is 97 kg.

Similarly, his eyes are dark brown and his hair color is also dark brown.