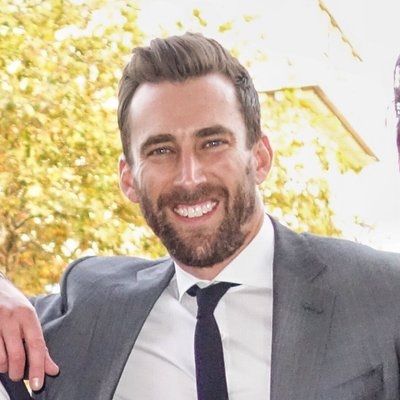 Kyle Thousand is engaged to the fox TV presenter, Charissa Thompson. Last, on the 2nd of January 2020, Thompson announced that they are engaged through her Instagram post with the caption, Yes.

They were engaged at Princeville resort in Kauai Hawaii. Currently, he lives in New York City.

His Instagram posts suggest that the sport manager loves playing gulf with his family members.

Who is Kyle Thousand?

Kyle Thousand is an American sports manager. Thousand is known as the Managing Director of Roc Nation Sports.

He was also a former professional Baseball player.

Kyle Thousand was born Kyle Jason Thousand on the 2nd October 1980 in Sioux City, Iowa. He is of Italian ancestry.

His father celebrates his birthday on the 4th of July.

In 2003, he graduated from the University of Iowa with Honors in Business Administration and Finance. During the University days, in 2002, he led the All-Big Ten Baseball.

– In November 2007, he joined Katten Muchin Rosenman LLP as the Corporate Attorney and continued the job for 2 years and 7 months.

– In August 2010, he joined Roberts McGivney Zagotta LLC as corporate and Transactional Attorney. With the organization, he primarily focused on the mergers & Acquisitions, Entrepreneurial Law and Securities Laws. However, he continued his job for 9 months only.

– After that, he became the Managing Director for Roc Nation in May 2015. Currently, he is associated with the organization.

He has an estimated net worth of $5 million. His average earnings as a professional baseball player are $82k.

Some of his major contracts that, he cracked with Roc Nation Sports along with the year, amount, and player names are-