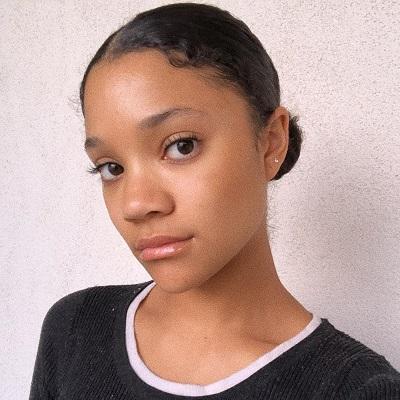 The post shares a glimpse of Samuel’s graduation ceremony.

Her Instagram posts suggest that she has a soft corner for dogs.

Who is Kylee Russell?

American Kylee Russell is a TV actress. Russell is renowned as Karin Daniels of Jump In! and Young Kari of Mississippi Damned.

Kylee Russell was born on the 8th of October 1996 in Panorama City, California to Norman T Russell and Robin Tavares Russell. She is of British-Scottish-Irish ancestry.

She has two siblings. Her elder sister, Chelsea Tavares is an actress by profession.

In 2005, she debuted on TV with the TV series, Eva. At the time, she was only 9 years. In the series, she portrayed the character of seven years old girl, Shelly. The same year, she appeared in the  TV series, ER as Lola. However, her role in those series was minor and she appeared in only one episode.

In 2007, she made her TV-movie debut with the movie, South of Pico. The movie turned out to a milestone in her career as an actress. In the drama, she shared the screen with the actors like Kip Pardue, Henry Simmons, and Gina Torres.

After the movie, she became a regular face in TV movies. Some of the TV movies along with the year and character name are-

The actress is a regular face in the TV series. 2008- Just Jordan, 2012- Family Time, and 2015- Chasing Life are some of her TV series. However, the actress is not much active in those series. More or less, she featured in only one to two episodes in the series.

She debuted in movies through the movie, Seven Pounds as choir Kid. Her role in the movie was uncredited. Following the movies, she appeared in the movies like 2015- Where Children Play, 2019- Adventures of Dally & Spanky.

The actress is also featured short videos. Till the date, she featured four short movies. In her first short comedy video, Code Red, she played the character of Andy. The short video was nominated for the Best Short Film of the year.

Through her acting career, she had made a hasty net worth of $800k.

Her earnings as an actress are in the range of $19k to $208k. Apart from that, she also earns through her short movies too.

Till the date, she has been through any sort of controversy that made a buzz on media.