Kylie Bunbury is a happily married woman. She is presently living a blissful conjugal life with Jon-Ryan Alan Riggins.

The beautiful couple got engaged on April 8, 2018, on a trip to the Bahamas where Jon-Ryan had proposed to her. Then, they tied the knot on January 1, 2020, in Madeira Island, Portugal.

On June 22, 2021, Kylie announced her pregnancy news via Instagram. Shortly after, they welcomed their first baby boy named Rumi Walker Wiggins on December 6, 2021.

Talking about her past relationship, she was previously in a relationship with an actor Ashton Moio from 2013 to 2016. 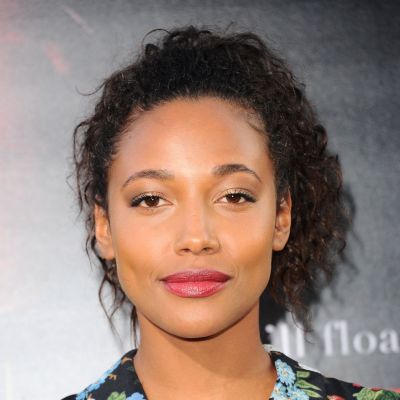 Who is Kylie Bunbury?

Kylie Bunbury is a Canadian-American actress. She is best known for her movies including The Sitter (2011) and Prom (2011).

Bunbury is presently starring in the role of Cassie Dewell in the crime drama thriller series, Big Sky.

She spent her childhood in the different cities of Europe England for two years, and seven years on the island of Madeira, Portugal, and Prior Lake, Minnesota. Kylie is the eldest child of Alex Bunbury (father) and Kristi Novak (mother).

Alex is a former professional soccer player. She has two younger brothers named Teal and Logan. Teal is also a soccer player for New England Revolution at a forwarding position.

Talking about his academic background, she went to Prior Lake High School.

Further, she holds an American nationality and belongs to mixed (Polish, Swedish, and Canadian) descent.

Kylie began her career as a model and landed her first role as Kathleen in Days of Our Lives in 2010. The following year, she made a film debut in a teen romance comedy-drama Prom where she portrayed the role of Jordan Lundley.

Similarly, she guest-starred in several tv series such as Law & Order: Special Victims Unit, Robot Chicken, The Twilight Zone. She also appeared in an episode of Ellen DeGeneres’s show.

As of now, she hasn’t been part of any sorts of rumors and controversial matters that create a huge buzz in the media.

Kylie has an estimated net worth of around $300 thousand as per other sources. Her salary and other earning are also still under curtains.

The actress stands at the height of 5 feet 8 inches tall and her weight is about 58 kg. Likewise, she has a dark brown pair of eyes and as well dark brown hair color.