Updated On January 26, 2023 | Published By: Gracie Hale | In Relationship , Split
Share this 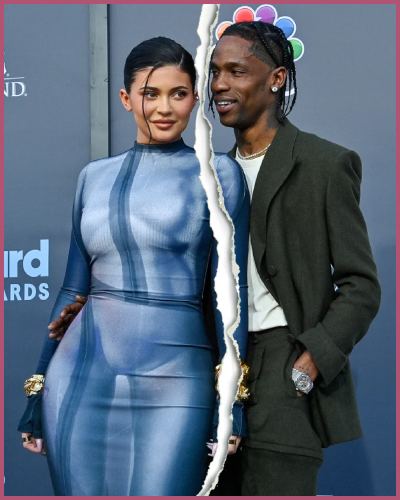 Kylie Jenner and her boyfriend Travis Scott are reportedly no longer a romantic couple. The two are presently rumored to have broken up after they were spotted spending the holidays apart.

Kylie and Travis are already a parent to two children; a daughter Stormi Webster, 5, and a son Wolf Webster, 12 months.

The news of their separation began after Kylie went to Aspen, Colorado, on a New Year’s getaway alongside her 4-years old daughter Stormi and her friends Hailey Bieber, Justin Bieber, and Stassie Karanikolaou.

According to the insider of the former couple,

“Kylie and Travis are off again, they were supposed to spend the holidays together, but she went to Aspen to be with her family and friends up there,”

Also read Who is Travis Scott’s New Beau Rojean Kar? Did He Cheat On Kylie Jenner?

The insider then added,

“This has happened so many times before, they’re known to be on again off again, but always remain friends and great coparents.”

The Kylie Cosmetics founder, 25, also shared a glimpse of herself with her little one from the trip on her respective TikTok account in which she can be heard saying, “We’re on a serious adventure right now.”.

This is not the first time Kylie and Travis have parted ways if they indeed split up this time as well. In 2020, the former couple has gone their separate ways briefly after two years of dating.

The two gave a short pause on their relationship for some time but would remain friends so they could amicably co-parent Stormi. However, the on-and-off-again couple reconciled the following year when Jenner was seen at one of Scott’s concerts.

Kylie was seen with her boyfriend Travis for the last time in December 2022 during his performance in Miami. The duo also packed on the PDA before Scott took the stage.

Three years after the rumors of her relationship first came, Kar added fuel to the fire when she posted a video that appears to have been taken on a set of a music video shoot with Travis.

She captioned the clip:

“What we’re not gonna do is we’re not gonna lie on me. … I pretended I didn’t know you, went along with whatever f–king narrative … no matter how much bulls–t I got from it.”

“You cheat on that bitch every single f–king night. The whole f–king city sees it! Don’t do this.”

Moreover, she also alleged that she spent Valentine’s Day with Scott.

Kylie Jenner gained stardom through her Kardashian family and appeared on the immensely popular show “Keeping up with the Kardashians”.