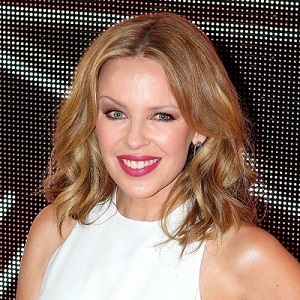 This is such a special summer holiday for me. I haven't known myself so relaxed in years

There's no shortcut to learning a craft

you just have to put the years in

I love to have a bath with beautiful, relaxing music on and have no rush to do anything. It's a wonderful indulgence, and it helps me to calm down and stop my mind running overtime.

Kylie Minogue is an unmarried woman till now. She has been in a number of relationships in her life. From 1984 to 1989, she dated actor Jason Donovan. After that, she dated Michael Hutchence until 1991.

She was also in relationships with Lenny Kravitz, Zane O’Donnell, Evan Dando, Jean-Claude Van Damme, and Nick Cave in the 1990s.

She has also been in long-term relationships with actor Olivier Martinez and model Andrés Velencoso. She was briefly engaged to actor Joshua Sasse in 2016, but the couple split in 2017.

She was previously engaged to Andrés Velencoso. They got engaged in 2009 but separated in 2013.

She is currently dating a guy named Paul Solomons. He is a GQ creative director.

Who is Kylie Minogue?

Kylie Minogue is an Australian singer, songwriter, dancer, and actress. She achieved recognition starring in the Australian soap opera Neighbours, where she played mechanic Charlene Robinson.

She is a Grammy Award-winning pop star who released the biggest Australian hit of the decade, “The Loco-Motion.” Minogue has won numerous awards and gone on to sell 60 million records internationally.

Kylie was born on 28 May 1968, in Melbourne, Victoria, Australia. Her birth name is Kylie Ann Minogue.

She is the daughter of Ronald Charles Minogue and Carol Ann, Jones. Her father is a fifth-generation Australian and has Irish ancestry.

Her nationality is Australian and she is of Irish, Welsh, and English ethnicity. Kylie’s younger brother, Brendan, is a news cameraman in Australia, while her younger sister Dannii Minogue is also a singer and television host.

After moving to Surrey Hills, Melbourne, she attended Studfield Primary School. After that, she enrolled at Camberwell Primary SchoolShe graduated high school with a high order certificate in Arts and Graphics and English.

Minogue had an interest in acting and singing since her early childhood age.

Kylie Minogue began her career as an actress at a very young age. From the age of 11, she appeared in small roles in soap operas including The Sullivans and Skyways. In 1985, she was cast in one of the lead roles in The Henderson Kids. She was also cast in the soap opera Neighbours in 1986 as Charlene Mitchell.

In 1987, she became the first person to win four Logie Awards in one year and was the youngest recipient of the Gold Logie as the country’s Most Popular Television Performer. Kylie was nominated for Best International Female at the 1989 Brit Awards.

She was also nominated for Best International Female at the 1995 Brit Awards. She won Best Dance Act at the 2004 Swedish NRJ Awards in Stockholm.

Minogue is the winner of the 2004 Grammy for Best Dance Recording for her single “Come Into My World“, beating off strong competition such as Madonna, Cher, Télépopmusik & Groove Armada. She was also awarded the prestigious “Woman Of The Year Award” at the 2002 Elle Style Awards.

In 2005, she was diagnosed with breast cancer. As of 2015, Minogue has had worldwide record sales of more than 80 million. She has mounted several successful and critically acclaimed concert world tours and won a Mo Award for “Australian Entertainer of the Year” for her live performances.

In December 2016, Billboard ranked her as the 18th most successful dance artist of all-time. She has a net worth of 100 million dollars. But her salary is not disclosed.

Kylie Minogue has a height of 5 feet with a bodyweight of 46 kg. Her hair color is blonde and her eye color is blue. She has a well-shaped body of 34-23-33 inches.