Kyliegh Curran is an American Film and Theatre Actress.

Kyleigh Curran is just 15 yrs old and is living a single life. She hasn’t involved in any type of romantic relationship.

The actress is focusing on her profession now. 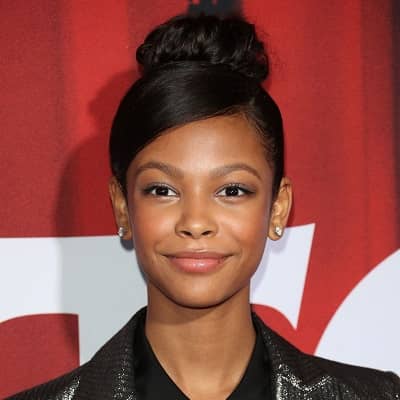 Who is Kyliegh Curran?

Kyliegh Curran is an American Film and Theatre Actress. She is popular for her performances in movies like Doctor Sleep, The Lion King, I Can I Will I Did, and many others.

Her parents are TraciLeigh Johnson and Shannon Curran. Her grandfather, Whittington B. Johnson was a writer and scholar.

She has had a keen interest in acting since her younger age and so take acting classes when she was 7 yrs old. Kyleigh’s first performance was Madeline’s Christmas in coral Gables, Floris.

Furthermore, she was ten yrs old when she was featured as Young Nala in Julie Taymor’s Broadway production of The Lion King.

The actress is homeschooled to provide time to pursue her acting career also.

Kyliegh practiced theater from a young age and later move to the big screen. Additionally, she used to have her theater practices from an Actors’ Playhouse conservatory close to the Broadway theatre area. It aids her acting skills.

She came into the limelight after her first film role in the independent film I Can I Will I Did in 2015. Then she auditioned for the horror film Doctor Sleep and was followingly cast in the leading role.

Apart from acting, Kyliegh is also involved in various environmental and organizational’s works. She has been involved in organizations like ‘Girls Inc’ and ‘Reach Out and Read Georgia’.

The star has always been involved in her professional work and is focused on building her career. Her name has never appeared in any type of rumors or controversial news.

The actress has an average height of 4 feet and 10 inches. It will surely increase as per her age.

Similarly, she has a beautiful face with dark brown hair and black-colored eyes.