Kym Marsh is an English actress and former singer-songwriter. Kym Marsh is having an affair 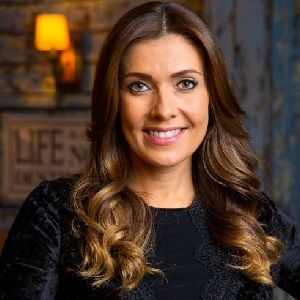 All children are miracles, even the ones who couldn't stay very long.

What is the relationship of Kym Marsh?

Kym married actor, Jack Ryder in 2002. However, issues started cropping up between them around 2008 and the duo legally parted their ways in August 2009.

Around mid-2008, Kym started dating Jamie Lomas, who is also an actor. In 2009, soon after Kym’s divorce, the couple announced the news of the arrival of their first baby, and in 2012, they tied the knot.

However, Archie Jay Lomas, their son, was a premature baby and succumbed to death soon after his birth.

She has a daughter, Polly (born – 2011) from this marriage. Kym also changed her name from Kym Marsh to Kym Lomas in October 2012, but she divorced him on the grounds of unreasonable behavior on January 10, 2014, and got back to her maiden name.

After it, she was in relation to Oliver Mellor and Oliver made it public too. But the love between these two co-stars of Coronation Street (2013) came to an end within six months.

She fell in love with her personal trainer Dan Hooper in 2014, who is six years younger than her. They got engaged too. Despite this, the band couldn’t last long and she called it quits in June 2015.

There was a buzz making rounds that, after breaking up from fiancé Dan, Kym has relit her romantic spark with fitness devoted Matt Baker, who was just 25 years old at that time.

At resent, she is dating a soldier named Scott Ratcliff. This couple recently were seen enjoying their weekend.

Who is Kym Marsh?

Kym Marsh is an English actress and former singer-songwriter, who gained popularity after winning a place in the band Hear’ Say in the year 2001.

Kym Marsh is also well known for appearing on the reality television series Popstars and also As Michelle Connor in Coronation Street (2006-2015).

She was born on June 13, 1976, in Whiston, Merseyside, England. Her father’s name is David Marsh and likely, her mother’s name is Pauline Marsh.

Her nationality is British and her ethnicity is English.

Kym Marsh has built a good career as a brilliant actress. Additionally, she is also a very successful singer. She has many hit singles to her name. In the year 2001, she released a single called Pure and Simple and the song was able to do very well in the market.

The same year, another song of hers came out called The Way to Your Love. This song reached the number 1 spot in the UK charts. Other songs to her name include the likes of Cry, Come on Over, Sentimental and Today.

She releases her first single, “Cry“. It was able to be number 2 on the UK Singles Chart. Likely after it, her second single, “Come on Over,” was also able to be on number 10. Marsh’s debut solo album, Standing Tall,  releases in July 2003. It also gains success and peaked at number 9 in the UK.

In the year 2006, Marsh entered Making Your Mind Up. It was a show with the intention to collect a singer and a song for the UK entry in the Eurovision Song Contest. Marsh was also part of it. So with her song “Whisper to Me”, she stood in the fourth position in the contest. Whereas it was won by Daz Sampson.

Moreover, Marsh also made her television acting debut in the year 2005. She appears as Ruth Parry in an episode of the BBC One soap opera Doctors. And in the same year, she also appears as a regular panelist on ITV’s daytime show Loose Women for its eighth season.

She portrayed the role of a prostitute Kay Price in one episode of Channel 4’s soap opera Hollyoaks: In the City in the year 2006.

Furthermore, it was on 14 December 2008, when she appeared as a presenter on The X Factor final. Likely, she presented for Alexandra Burke in North London, Burke’s hometown. Burke went on to win the show.

Building up her career, she joined the cast of Coronation Street, playing Michelle Connor from 3 April 2006 onwards. Her performance there was so good that she received Newcomer awards for her work.

She won the 2017 British Soap Award for Best Female Dramatic Performance for her work in Coronation Street, 2007.

Likely, she receives the National Television Award for Most Popular Newcomer in 2007  again for her performance in Coronation Street.

For the same work, she also wins The British Soap Award for Best Female Dramatic Performance in the year 2017.

She has built a great career and also receives great success. Her net worth is 5 million dollars and much of the credit goes to her work in the show, Coronation Street.

Looking at her lifestyle we can say that she must have good earnings and is living a great lifestyle.

She is successful in maintaining her life free from rumors and controversies.

Marsh is active on different social media platforms. She has around 788K followers on Twitter. Likely, she has more than 203K followers on her Instagram account.

To know more about Yaron Versano, Christopher Knight, and Brenda Vaccaro, please click on the link.

Kym Marsh is saddened that her new Army major boyfriend Scott Ratcliffe will be in Afghanistan for 6 months on work!

Kym Marsh, 42 revealed that she is going to be a grandmother soon!