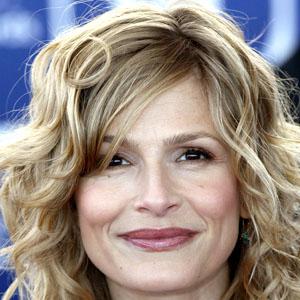 Currently, Kyra Sedgwick currently married to a popular actor named Kevin Bacon. They have been married on 4th September 1988. They are blessed with two children named Sosie and Travis Bacon.

Astoundingly, the couple held each other for 29 years and still going strong. They are an inspiration to a lot of people all around the world. Also, there is no any affairs, rumors and controversy regarding her private life. Apparently, she has an excellent relationship with her family at the moment.

Who is Kyra Sedgwick?

Kyra Sedgwick is an actress and producer who hails from America.

She gained a lot of popularity and fame for her role as ‘Brenda Leigh Johnson’ on the TNT’s crime drama named The Closer and as ‘Madeline Wuntch’ on the successful sitcom named Brooklyn Nine-Nine.

Moreover, she has earned a Golden Globe Award and an Emmy Award.

Kyra Sedgwick was born in New York City, New York, US. on August 19, 1965. Kyra Sedgwick is the daughter of Henry Dwight Sedgwick V, a venture capitalist, and Patricia, a speech teacher and educational/family therapist.

She spent her early life and childhood alongside her two brothers named Mike Stern, Robert Sedgwick and a sister named Holly Sedgwick. She is an American by nationality and holds mixed ethnicity of English, Distant Dutch, Scottish, German and Ashkenazi Jewish.

Reflecting on her education and qualifications, she completed her earlier education from Friends Seminary. Later on, she graduated from the University of Southern California with a degree in theatre studies.

She started her career on the television soap opera named Another World at the age of 16. After that, she appeared in several Hollywood movies such as Singles, Heart and Souls, Something to Talk About, and Phenomenon.

She starred as a Jewish immigrant in the popular TV film named Miss Rose White. She acted as Mae Coleman in the movie Secondhand Lions in 2004 and as Stella Peck in The Game Plan in the year of 2007.

Also, she starred with her husband Kevin Bacon in the film named The Woodsman in 2004.

Later on, she starred as Deputy Chief Brenda Leigh Johnson in the television series named The Closer starting from 2005 to 2012.

For her role in the series, she garnered a Golden Globe award in 2007 for her performance as a lead actress following a Primetime Emmy Award in the year of 2010. In 2009, she was honored with a star on the Hollywood Walk of Fame for Television.

She produced the television series called Proof for TNT which premiered in 2015 for one season.

As a result of a successful career for such a long time, it has presented her fame as well as fortune. As of now, her net worth is $16 Million and an annual salary of $350000.

Kyra Sedgwick was in the headline news along with his husband Kevin Bacon when they became the victims of the Bernie Madoff’s infamous Ponzi scheme.

There were rumors that there were complications arising in their relationship because of it. However, the rumor was proven false as they were determined to not let this impact on their marriage.

Kyra Sedgwick has a well-maintained body structure. She stands at the height of 5 feet and 6 inches and her weight is 49 kg. Her body figure is 30-23-33 inches giving her an hourglass figure.

Also, she has dark brown eyes and curly blonde hair color. She has also been open towards her plastic surgery including Botox, Facelift and lip filler.

Also know more about the early life, career, net worth, relationships, and controversies of other actress and producer including Wanda Sykes, Amanda Holden, Meghan Andrews, Brooke Anderson, and Sandra Bullock.