NBA player Kyrie Irving is a father of one. 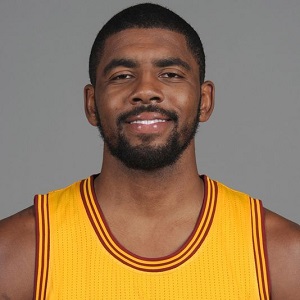 “If you’re very much woke, there is no such thing as distractions”.

The young and professional basketball player is currently started dating Chantel Jeffries in March 2016. From his past affairs with Andrea Wilson, he has a daughter Azurie Elizabeth Irving, born on Nov 23, 2015.

Talking about the past relationship of Irving he has been in a relationship with Kehlani Parrish(2015 – 2016).  He has had an affair with Natalia Garibotto. There were rumors of him dating Baby Mama, Callie Rivers, and Ashley Bishop.

Who is Kyrie Irving?

Kyrie Irving is an American professional basketball player of the National Basketball Association. Irving was born in Melbourne, Victoria, Australia, but grew up in West Orange, New Jersey.

He has also played for the United States national team, with whom he has won gold at the 2014 FIBA Basketball World Cup and the 2016 Summer Olympics.

Irving was born on March 23, 1992, in Melbourne, Australia to American parents. He is 29 years old. His nationality is American and his ethnicity is African-American.

He is the son of Drederick (father) and Elizabeth Irving (mother), and the stepson of Shetellia Irving. He has an older sister, Asia, and a younger sister, London. Irving lived in the Melbourne suburb of Kew before relocating to the United States and Australia. Irving’s mother, Elizabeth, died from the illness when he was four.

His high school is Montclair Kimberley Academy and after that, he went to Duke College. His inspiration to play in the NBA came after playing at Continental Airlines Arena during a school trip in fourth grade where he stated: “I will play in the NBA”.

Talking about his career, Irving played for Montclair Kimberley Academy during his freshman and sophomore years in high school. After that year, he transferred to St. Patrick High School because he felt he needed a bigger challenge.

On January 19, 2010, Irving was selected to the 2010 Junior National Select Team. The team played at the 2010 Nike Hoop Summit at the Rose Garden in Portland.

On April 10, he was also selected to play in 2010 in the McDonald’s All-American Game and the 2010 Jordan Brand Classic, where he was named as co-MVT with Harrison Barnes.

In June 2010, Irving was a part of the United States gold medal-winning team at the FIBA Americas Under-18 Championship.

He played college basketball at Duke University before being selected with the first overall pick in the 2011 NBA draft by the Cavaliers.

He became just the fourth member of Team USA to capture the NBA championship and an Olympic gold medal in the same year, joining LeBron, Michael Jordan, and Scottie Pippen. He used to play for the Cleveland Cavaliers of the NBA from 2011-2017. At present, he has joined the Boston Celtics.

This popular player has huge earnings. His salary is estimated at around $35 million and his net worth is $90 million.

Kyrie Irving finally broke his silence and set the record straight regarding the rumors that his girlfriend cheated on him. Once he was rumored that due to precautionary reasons just left game NBA.

Kyrie Irving has a height of 6 feet 3 inches. His body weighs 88kg. He has dark brown hair and dark brown eyes.

Kehlani answered “You” to Rapper YG’s “Who Do You Love?” An insight on her life prior relationship