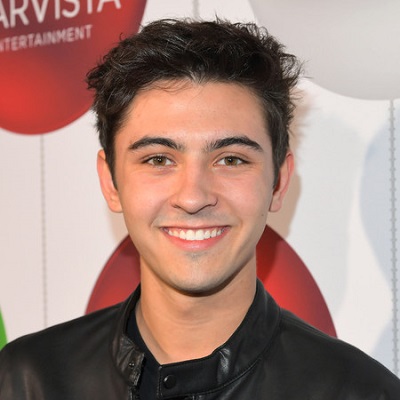 There is no information about Kyson Facer being with anyone neither he has revealed any. So, he probably is single. However, he has been in a relationship with actor, singer, and model Tori Keeth in the past.

Also, once he had revealed on social media about his girlfriend, whose name he stated Brooke Green. However, now they are not dating.

Who is Kyson Facer?

Youtube cover artist Kyson Facer is an actor who played as Andrew LaPierre on Nickelodeon’s series I am Frankie (2017- 2019). He is notable for his acoustic cover of Wiz Khalifa’s ”See You Again” which also features his sister Jada Facer. His album Kyson’s Covers was released on 28 September 2016.

He was born on July 25, 1998, in Utah, United States. Currently, he is 22 years old. He has a sister named Jada is singer and actress, best known for playing Dani on the ABC Family series Melissa & Joey. Now, he lives in Los Angles, United States. He belongs to American nationality.

Facer made his own youtube channel at the age of 15. His first video was cover of Passenger’s Let it go which was published in October 2013. As of 2019, he has around 164K subscribers on her youtube channel.

Some of his popular cover songs are Senorita, I Don’t Care, Night Changes, She Looks so Perfect, What Do You Mean and Hallelujah just to name few.  His most-watched video on youtube is the cover of Love Yourself by Justin Beiber which has 9.2 million views.

Some band he has covered are One Direction and Little mix. He has also made cover videos with his sister Jada Facer.

In addition to I am Frankie, he has appeared in movies like Grace (short film), Criminal Minds, Schooled in 2019.

Kyson Facer is 6 feet tall and weighs around 70kg. His hair color is dark brown with brown eye color. He is a young and good looking star rising in social media platforms.

You also may about net worth, early life and body measurements of Kina Grannis, Markiplier, Katrina Stuart