La La Anthony’s relationship status at present is married but she has filed for divorce. She exchanged vows with Carmelo Anthony on 10 July 2010 at Cipriani’s in New York.

Their wedding was attended by around 320 guests which were aired on the VH1 network. It was seen in an episode named La La’s Full Court Wedding.

Her husband is a basketball player and they met in the year 2003. After a year on Christmas Day, they were engaged and welcomed their son, Kiyan Carmelo Anthony, on March 7, 2007.

But their conjugal life went wrong which resulted in filing for divorce in June 2021 by La La. They started to live apart in 2017.

La La in her former days romanced with a rapper Memphis Bleek. She was also accused by rapper Maino of having an affair with him. 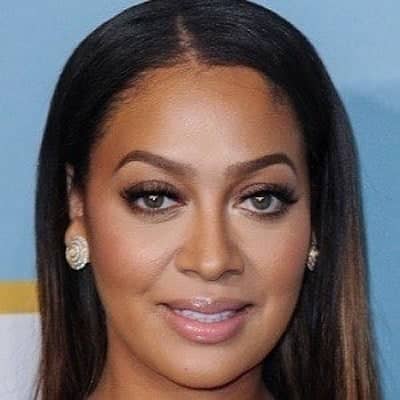 Who is La La Anthony?

Her birthdate is 25 June 1982 and she was born in Brooklyn, New York, the United States as Alani Nicole Vazquez. The name of her mother and her father are not stated.

Further, her ancestry is Afro-Puerto Rican, and two younger sisters Aviana Vázquez and Solana Vázquez. She also has a brother Christian Vázquez who is younger than her.

As per her academics, she attended Redan High School and then went to Howard University. From the latter, she dropped out without completing her studies.

Her hit TV appearances as an actress can be seen in,

As herself, she was featured in,

By the data of 2021, she has an estimated net worth of $1 million. But her per-year salary is not yet made public.

This Eastenders actress is keeping herself away from scandals as well as rumors.

La La Anthony’s height is 5 ft 6 inches and her body weight is 74 kg. Additionally, she has black hair and has eyes in dark brown color.

La La is available on social sites. Also, she is on Instagram and Facebook, where she has over 12.6m followers and 2.7m followers respectively.

She is also on Twitter where she has gained over 4.9M fans.