Lacey Schwimmer is currently unmarried but, in a relationship with Mike Catherwood.

She has also dated D.J. Guthrie with whom she was committed. She hooked up with Guthrie in 2009 but now they are separated.

She seems happy with him and looks forward to extending her relationship status. 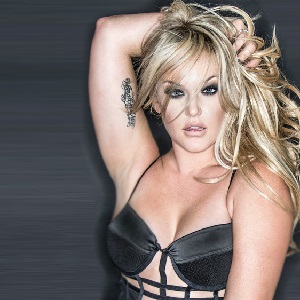 I think on a bucket list for a performer is definitely doing a stage show, whether it's in Vegas or on Broadway or whatever

Who is Lacey Schwimmer?

Lacey Schwimmer is an American ballroom dancer, costume designer, and a singer. Lacey Schwimmer is immensely eminent for her work as a dancer to reach the last four finalists of the dance show ‘So You Think You Can Dance‘ Season 3.

Lacey Schwimmer was born on June 28, 1988, in Redlands, California, United States of America. Her nationality is American and her ethnicity is Caucasian.

She was born to noted dancer Buddy Schwimmer(father) and Laurie Kauffman(mother). She was raised with her brother Benji Schwimmer by her parents in the same place where she was born.

From the very early age of life, Lacey was interested in pursuing a career as a dancer and a costume designer because she was raised with her father, a well-known experienced dancer Buddy Schwimmer, brother Benji Schwimmer, and a cousin Heidi Groskreutz.

For the sake of her fostering interest in dancing, she participated in many reputed competitions when she was a kid. For instance, she made a winning performance in Young America Division at the 1998 U.S. Open Swing Dance Championships along with her partner Blake Thompson.

Though Lacey Schwimmer had a family full of experienced dancers, she had to struggle and prove her worth. Firstly, she started to participate in some of the junior level competitions along with her partner Jared Murillo and increased her demand which led her to win the Young American Division at the 1998 U.S.

Open Swing Dance Championships and appeared in the music video of Christina Aguilera’s ‘Candyman’. Then, she took part in the third season of ‘So You Think You Can Dance’ whereby, she was partnered with Benji Schwimmer, winner of the previous season. She was among the top four finalists in that season.

After her success in ‘So You Think You Can Dance’, she appeared as a professional dancer on ‘Dancing with Stars’ consecutively for six seasons except in the 10th season. She danced in 7th, 8th, 9th, 11th, 12th, and 13th seasons with Lance Bass, Steve-O, Mark Dacascos, Kyle Massey, Mike Catherwood, and Chaz Bono respectively.

Apart from her dancing career, she released her first single “Love Soundz” in June 2011.

Hence, with the help of her talents and appearances, she is of net worth $1.5 million as of 2022.

Lacey Schwimmer was many times rumored to be in a relationship with her dance partners of the show ‘So You Think You Can Dance’. Those dancers were Chaz Bono, Kyle Massey, Michael Catherwood, Lance Bass, and Mark Dacascos.

Moreover, there was a rumor that Lacey found a naked man in her bathroom after a break-in and he was about to take a shower. But then she didn’t make a big deal out of it, instead, she took in a humorous way.


Lacey Schwimmer has a good height of 5 feet 3 inches with a bodyweight of 66kg. She has a light brown hair color and her eye color is blue. Her bra size is 34D.