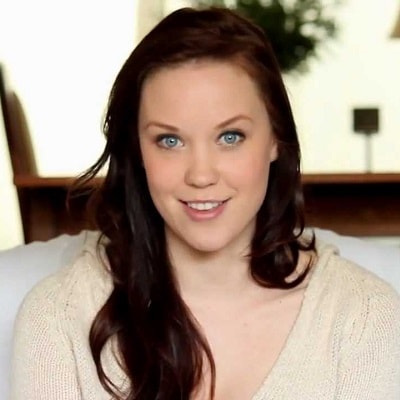 Laci J Mailey is a married woman. She is married to her longtime boyfriend, Steve Bradley since July 28, 2016. However, she has kept secret all the information regarding her husband a secret. Also, there is no information on whether they have welcomed any children or not.

Also, there are no rumors heard about her divorce or extramarital affairs.

Who is Laci J Mailey?

Laci J Mailey is a Canadian actress who is best known for her recurring role on ‘Falling Skies’. She is currently portraying the role of Jess O’Brien in the Hallmark Channel family drama ‘Chesapeake Shores’.

She was born on November 15, 1990, in Fruitvale, British Columbia, Canada. Laci is currently 29 years old. She has not disclosed any information regarding her parents, siblings, and childhood.

Laci holds Canadian citizenship but her ethnicity is unknown.

Talking about her education history, attended Vancouver Film School straight out of high school, and then studied in New York City and Los Angeles

She debuted her career in 2011, appearing in the I-5 Killer TV film, ‘Hunt’. In the same year, she appeared at ‘Good Morning’, ‘Killer’ and ‘Captain Starship’.

In 2012, Laci J Mailey was featured in ‘Fairly Legal’, ‘Arrow’, and ‘Ring of Fire’. She came into limelight after she appeared in ‘Falling Skies’ alongside Noah Wyle, Drew Roy, Drew Roy, Brandon Jay. Furthermore, she also made her appearance  ‘The Magicians’, ‘The Romeo Section’, ‘Chesapeake Shores’, and in ‘Supernatural’, ‘iZombie’.

Currently, she has been portraying the character of Jess O’Brien in ‘Chesapeake Shores’ since 2016.

She has an estimated net worth of around $800k and she has earned that sum of money from her professional career. According to some online sources, the average salary of an actor/actress in Canada is around 422,718 per year. However, she has not revealed her salary and income.